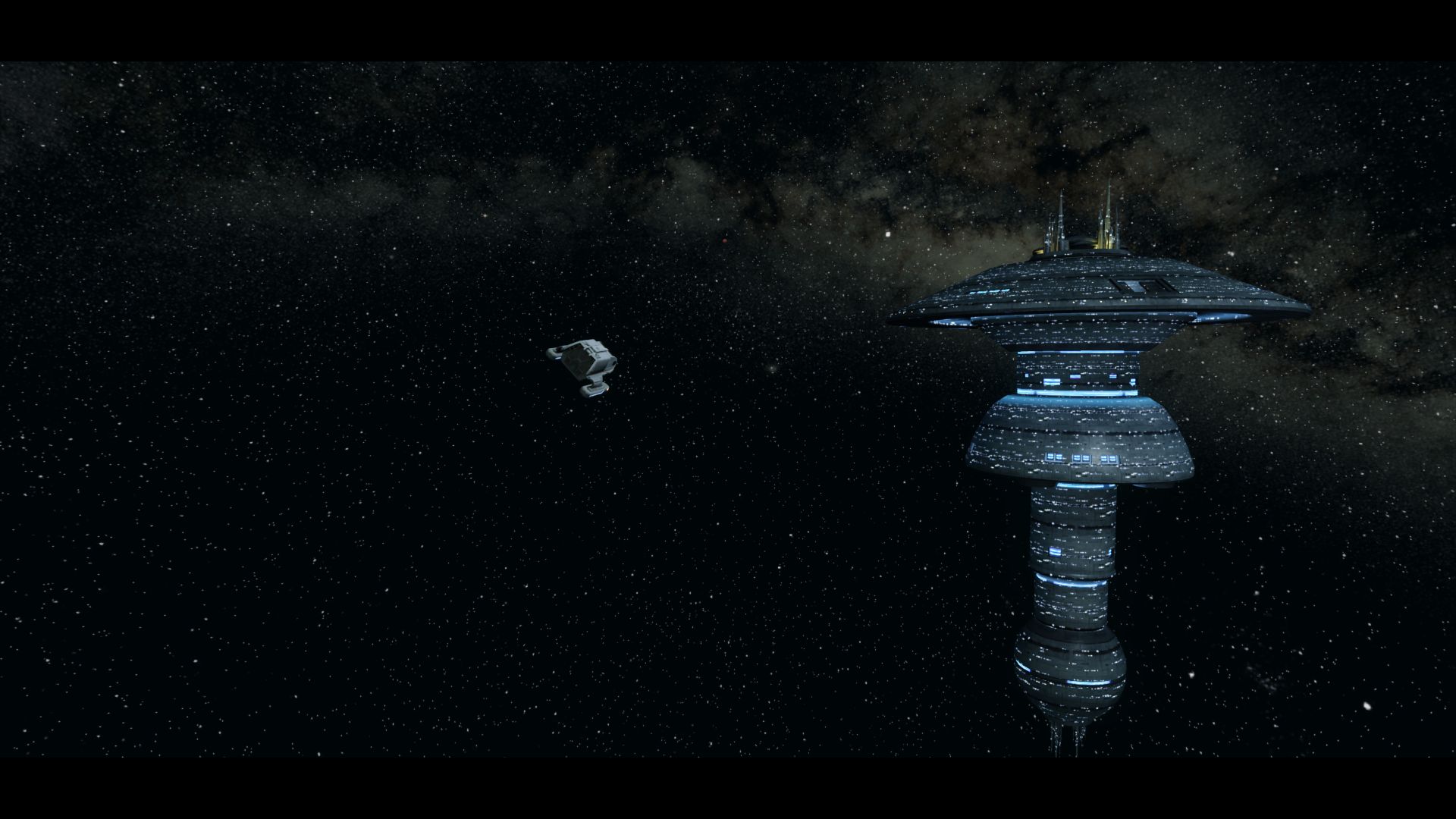 Star Trek is to me what Star Wars is to a lot of the folks in my social-media circles: I grew up with Star Trek the way folks 10+ years younger than me grew up with Star Wars. In other words, there’s a special place in my heart for the IP. (Don’t get me wrong, I enjoy Star Wars too!)

Star Trek is enjoying a resurgence of interest lately with new shows like Discovery, Picard, The Lower Decks and soon, Star Trek: Prodigy and Strange New Worlds. While all this is going on @partpurple and I have been been doing a re-watch of Next Generation. So I’ve had a lot of Star Trek in my brain lately but somehow I’d all but forgotten about Star Trek Online.

I’ve played STO in the past of course. I’ve found it a bit of a challenging game to love. I really enjoy the ship-to-ship combat, but the ground combat has always felt clunky to me. Staying with that theme, I find the ship models quite nice while the character models feel pretty dated. Then there are the free-to-play MMO trappings which means all kinds of esoteric systems designed around getting players to stick around and grind for items and hopefully spend some $$ in the cash shop. And of course, worst of all: other players. 🙂

But today Roger Edwards published a post on Playing the Story Arcs In Order and he got me intrigued. Before I knew it STO was installed and patched up and I was creating a new character.

Meet Cadet Jhemen, an Andorian from the 25th Century. During my last few tilts at STO I’ve created Original Series era characters but Roger’s post focuses on 25th Century characters so I went with that time period.

I chose not to skip the “tutorial” and I’m glad I did. I put tutorial in quotes because the tutorial these days is like a mini campaign. I don’t know how new this is but it is different from what I remember. This tutorial-campaign takes you from your graduation day at Star Fleet Academy right through a point where you’re commanding your own ship and along the way you pick up three Bridge Officers, upgrades for most of your ship’s systems and have the main gameplay systems explained to you. It took me over an hour to play through it and it was thoroughly enjoyable. (Story wise you do battle with two different enemy factions, both in space and on foot. The ground combat seems a little better than it used to be, but it still isn’t great IMO.) If I never launch the game again it was already worth the trouble of re-installing it.

Jhemen is a tactical officer. I don’t know if that matters but the 3 bridge officers that were assigned to her during the tutorial work well together. One has a skill that depletes enemy shields, another has a skill that enhances photon torpedoes. I quickly got into the habit of tearing down an enemy’s shields then launching a salvo of torpedoes. The third bridge officer can reinforce our shields, and Jhemen herself has Evasive Maneuvers which is a defense buff.

Now I’m ready to start the Klingon War story arc. My plan is to basically treat STO as a single player game. I set the chat to only show NPC dialog. I need to find a way to auto-deny Fleet (Guild) requests because I was getting spammed with those. My plan is to ignore the Duty Officer system, which I hate so much that every time in the past I’ve gotten to that point I’ve quit playing. (It just feels like a chore to constantly tend to them.) I’m hoping it can be safely ignored. I’m also going to ignore crafting which I’m only vaguely aware of in STO. I’m just there for the story this time, at least to get started. At this point in STO’s life there seems to be a LOT of story to experience.

I will have to figure out how to get better ships and remember how to level up Bridge Officers and stuff, but generally as much as possible I just want to fly around and pew-pew and experience the stories.

It’s nice to find a “new” game after bouncing off FFXIV. We’ll see if I stick to this one or now.