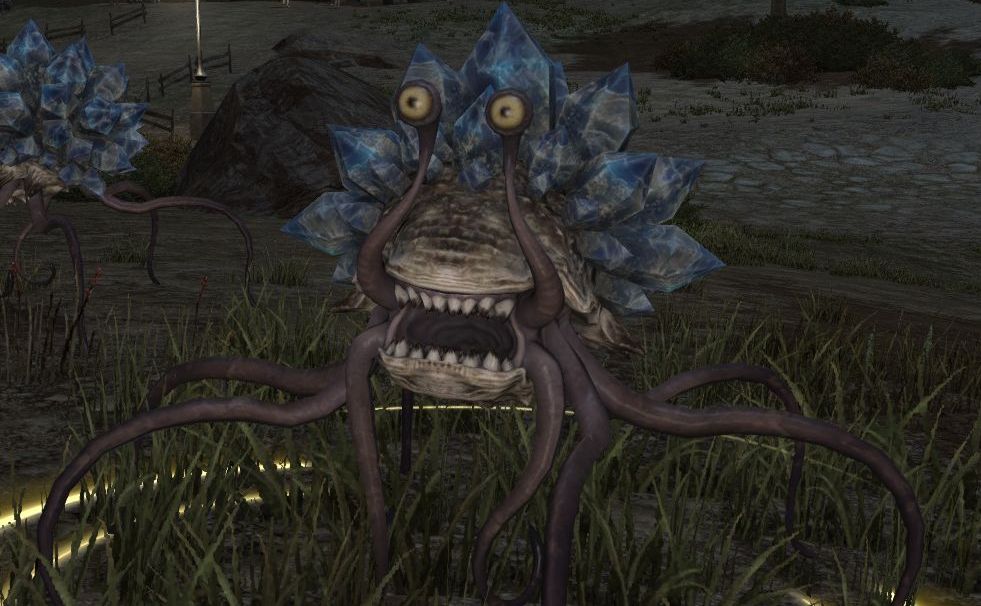 Like that title? I’m still reading a bunch of Golden Age comics so alliteration is my life now.

So sometime around today my subscription to Final Fantasy XIV expires and I’m not renewing it. This is the 2nd time this year I’ve subscribed and basically not played. It’s time to learn my lesson.

Now let me be upfront. I actually think FFXIV is a wonderful game. I love the world’s aesthetics. I love how the characters talk. I love walking through cities and watching the crowds of players interacting. I just don’t really enjoy actually PLAYING, and spending $15/month just to sight-see is a little steep for me these days.

I did have more success this month than I did early this year when I basically never logged in. This time out, I started a new character just to get re-accustomed to how things work, and interspersed those sessions with logging in my level 60 Dragoon and refamiliarizing myself with his skills, as well as setting up the UI (since this was a fresh install and I hadn’t backed up my settings to the cloud last time I played).

My Dragoon somehow had not gotten a lot of his skills so I started going through those quests. I was wandering around some bleak frozen area (Coerthas/Foundation area) where I rarely saw another player. I found the map kind of confusing; maybe the designers expected me to have a flying mount? But I would run back and forth trying to get from Point A to Point B, with the points being at different elevations. Then I’d find an NPC, talk to it, kill a couple of trivial monsters (5+ levels lower than me) then teleport back to ‘town’ and get the next bite of the quest. Solo combat was basically hit 1, hit 2, hit 3, hit 1, hit 4, hit 5, repeat. At least in theory, mobs didn’t usually last that long.

[I wanted to add, this dissatisfaction with tab-target, hot-key based combat isn’t limited to FFXIV. I’ve recently bounced off both LOTRO and SWOTOR for the same reason. The difference with those games, of course, is that it doesn’t cost me $15 to test the waters to see if this ennui has faded yet.]

It was all kind of bleak and depressing. I probably should have powered through it to try to get where combat was challenging. but then I thought “Well if I do that I’ll have to start doing PUG dungeons” which I really don’t want to do even if the community is apparently awesome.

I was kind of tempted to just buy a story skip (looks like I’d want Tales of Adventure: Stormblood for $25?) to get to the expansion where the Trust system kicks in. I just want all the things unlocked, and then I could just become a farmer or blacksmith or something, and just hang out in towns enjoying the vibe while doing whatever dungeons are required with my Trust Buddies. At least I think that’s how it works. I should check to be sure.

But again, money is a little tight these days and there are free-to-play MMOs I can jump into if I want to scratch that itch (though I don’t know of any game that has such a wonderful world as FFXIV).

So I’m kind of bummed, but I’m not sure if I’m bummed about the game or about the place where my head is at. But I have to stop paying a monthly fee to NOT play a game!