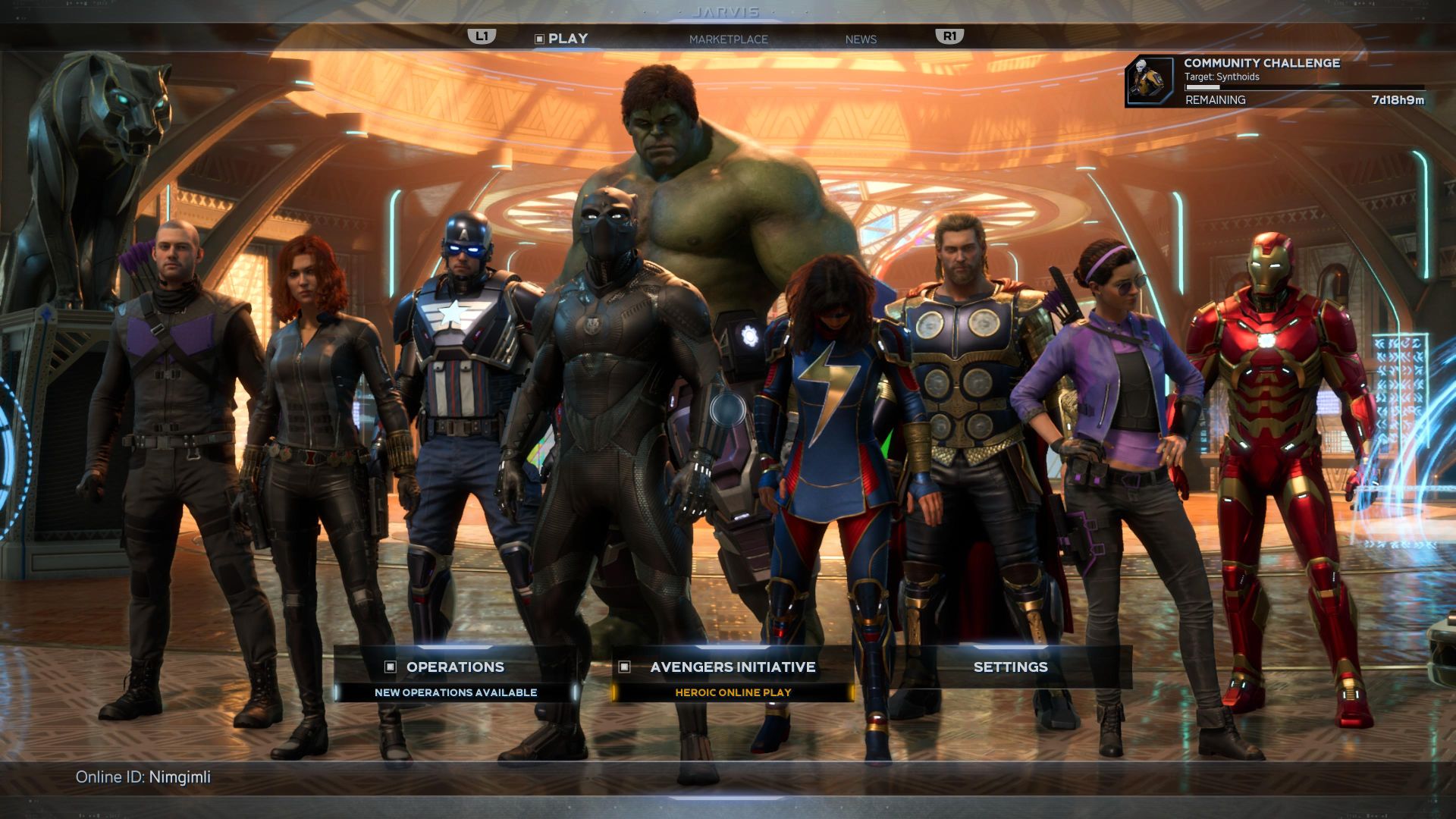 Marvel’s Avengers got some new (free) content this week with the launch of War For Wakanda, which adds a new biome and of course, Black Panther as a playable character.

This is the post where I should be telling you about how great (or how bad) the new content is, but there’s just one problem. I never played the earlier two content drops, featuring Kate Bishop and Clint Barton. Of course I could skip that content and go right for Wakanda but I’m a little bit OCD-ish about things like this. I must do things in order, anything else is madness!

When Marvel’s Avengers came out it was met with mixed reviews, I guess. I liked it, but then I like a lot of games that others don’t (looking at you, Anthem!), mostly because I’m there for the campaign and then I generally bounce out, satisfied. I think these looter-shooter, games-as-a-service titles get (rightfully) dinged hard for promising a “hobby game” but offering a title with a solid 20-30 hour campaign and then an endgame that just doesn’t satisfy the folks that want to stick around. I’m long gone by that point, though.

Anyway, I haven’t really played Avengers since finishing the (very solid, IMO) campaign arranged around Ms Marvel. Returning was a pleasant surprise. First, there’s now a “next gen” version [how long will we call these machines ‘next gen’ I wonder] of the game for those of us on Playstation 5 or Xbox Series X|S. On the PS5 the game supports the DualSense controller’s haptics, which is a nice touch. For PC gamers, I hear that the game runs a lot better than it did at launch, though I don’t have first-hand knowledge there.

For everyone, they’ve made a lot of quality of life changes. I’m not sure which of these came in Wakanda and which debuted earlier but if you haven’t played since launch, you probably don’t care.

One change that is new in Wakanda is a revamped character sheet that makes scanning a hero and tweaking gear so much more convenient. You can also access the vault from anywhere, can mass deconstruct items rather than doing it one of a time, and in my opinion it just looks better.

You also no longer have to run all over whatever base you’re in to talk to NPCs that give you faction quests. Instead there’s a terminal, usually pretty near the war table, and you can access it to get these quests from both factions. Man I hated having to run back and forth across the base to access those NPCs. To actually buy from the faction vendor still requires getting in your daily steps, though.

I guess this post is mostly a PSA for folks who bought the game at launch and have long since forgotten about it. There’ve been 3 free content additions since launch, the game runs better (& looks better if you have a new console), and the ‘out of mission’ gameplay has been streamlined quite a bit.

If you’ve never picked up the game, I personally think it is worth getting just for the story of Ms Marvel. I still can’t speak to whether it is worth continuing to play for hundreds or thousands of hours but there is a solid 20-ish hours of campaign content to enjoy. So far I’m enjoying the Kate Bishop storyline too, but I haven’t completed it yet. Assuming it and the next two additions hold up, bump that up by, what? 10-15 more hours?