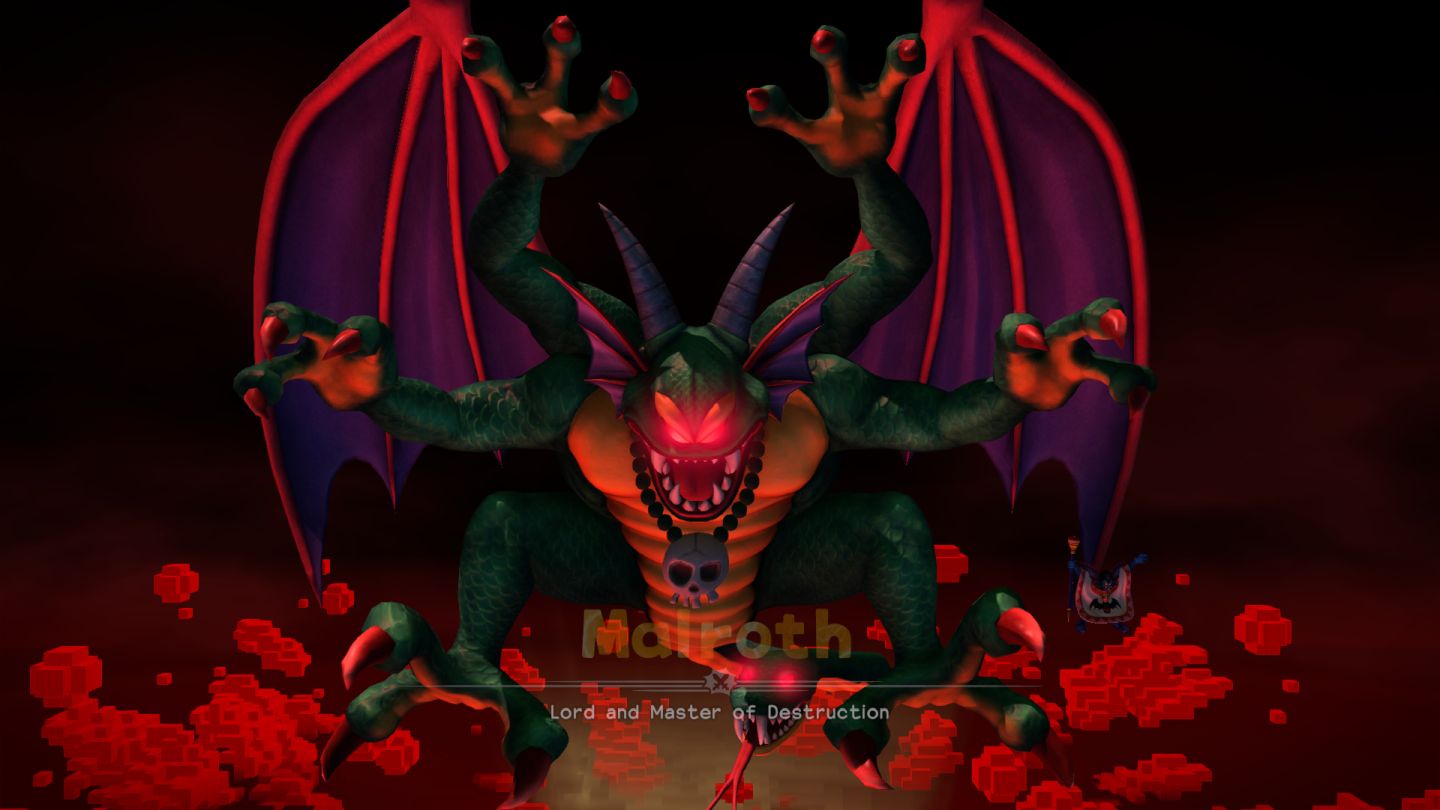 The other day Naithin over at Time To Loot wrote about finishing, or not finishing, games. It’s something I’ve struggled with over the years and I mean that in two ways. Struggle #1 is “Do I care if I finish games?” and Struggle #2 is “If I do care, how do I get better at it?”

It’s actually a rather big topic (for me at least) but today I just wanted to share one anecdote. I mentioned in a comment at Time To Loot:

Sometimes I just get it stuck in my craw that I WILL finish some particular game. Right now that game is Dragon Quest Builders 2, which I feel like I’ve been playing for approximately 36 years.

Well as luck (or persistence) would have it, I DID finish Dragon Quest Builders 2 [DQB2] over the weekend. (Finished in that I got the “The End” screen…I didn’t go for 100% achievements or anything.) The feeling I had when I finished was pretty much pure relief. There was a whiff of ‘satisfaction’ mixed in but mostly it was “Thank gawd that is over with.” And if I were planning to review DQB2 I’d spend a lot of words on the terrible pacing in the game and how frustrating that was. My overall review would be negative.

However, if I’d just stopped playing half-way through and had someone at that point asked me if I liked the game, I would’ve said yes. For a good half the game I really was enjoying myself, but then small flaws started to feel like bigger flaws, gameplay started to feel really repetitive, and I lost interest in what little story there was. I don’t have a good way to tell how long I spent with the game. How Long To Beat says its a 75 hour game for “Main & Extras” and I am almost always slower than that site reports, so I’m going to guess I spent around 90-100 hours playing.

So why did I force myself to finish? I’m really not sure. Like I said on Naithin’s blog, sometimes these things just get stuck in my craw. I do have a bad habit of not completing projects so maybe I just need to prove something to myself now and then. I’d have to spend some solid time in introspection to tease that one apart.

At the end of the day, though, I kind of wish I hadn’t forced myself to keep going because now I have what are essentially bad feelings about the game, rather than good ones. I mean, even better would be if the developers hadn’t gone for quantity over quality, but I have no control over that.

I think in future if I decide I really need a “win” on finishing projects, I’ll make sure it is an actual project and not completing a game. Life is short. There are a lot of games I would like to play. Spending ~50 hours forcing my way through one that has stopped being enjoyable just feels dumb. (Of course I didn’t know it was going to be 50 more hours…I kept thinking “This has to end soon” but oh, how wrong I was!)