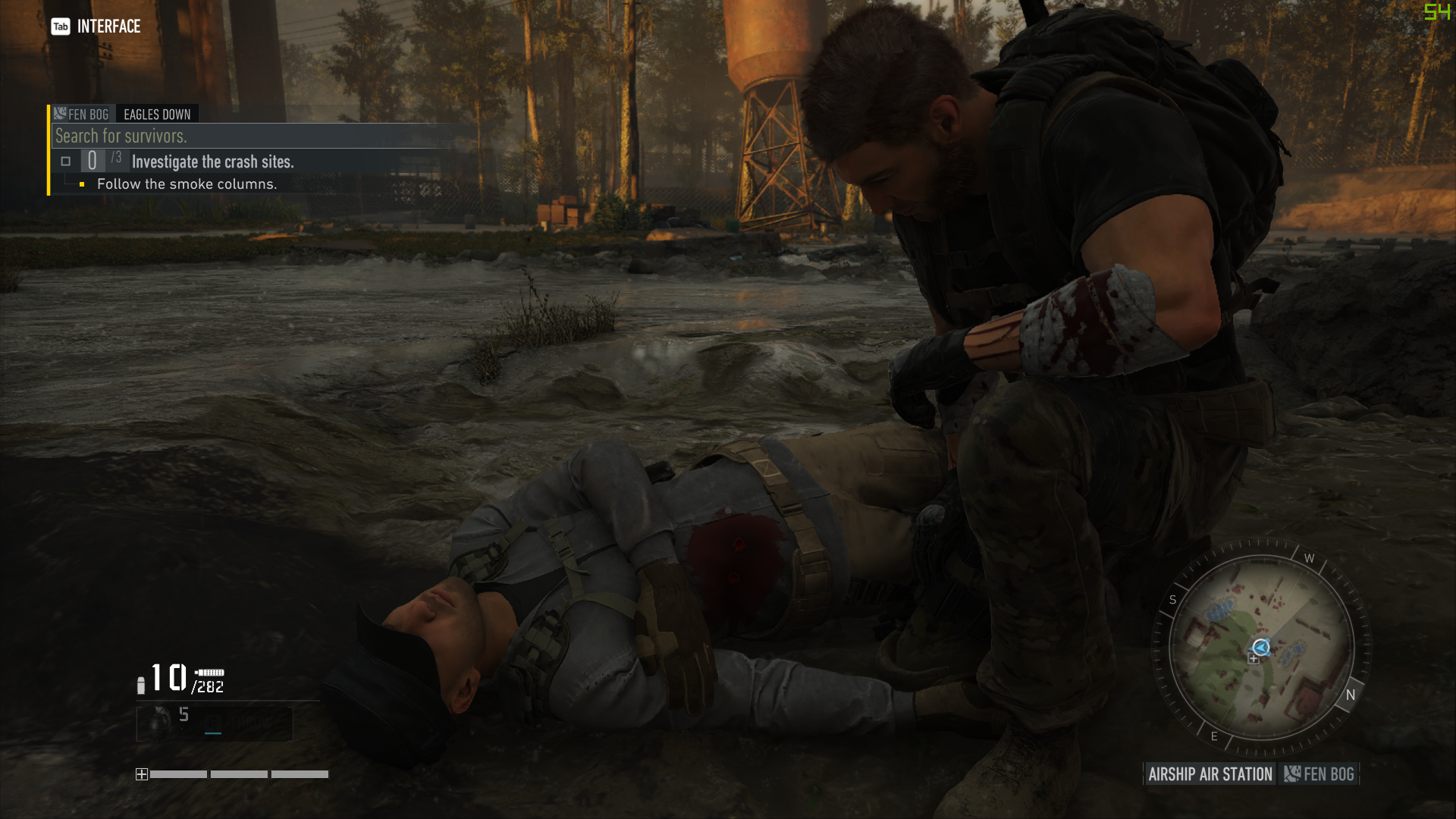 There’s a lot of fuss and hate over on reddit and YouTube about the amount of microtransactions (MTX) in Ghost Recon Breakpoint. Mostly it seems to be coming from people who haven’t played the game. I have played it and wanted to chime in.

First, yes there ARE a lot of MTX available. That’s not up for debate. The question is, do you need to buy this stuff. Should you even buy it? In my experience the answer to both questions is no.

Here’s an example. There’s a gun attachment I decided I wanted to get. I could do it two ways.

Method 1: I could go into the store and spend real money on it.

Method 2: I could take a quest that led me to the same item in-game. I chose this one. Here’s how that played out.

First, I have the game set for Exploration Mode which means I don’t just get a Waypoint on my map to go to. I COULD turn off exploration mode and I’d get one, but that’s not fun to me. In exploration mode I got a few hints about where this item would be.

So I consulted the map, looked around for landmarks mentioned in the clues and figured out where the item was. (To be honest, it wasn’t at all hard to do…I wish it had been harder.) The area in question had a few item caches and I’d have to check them all. It was also over 2 km away. Off I went.

My trip there was hella fun. I rode a motorcycle for some of it, went on foot for other bits. Once I got caught in an open area with an enemy helicopter incoming. I dropped prone and rolled in the mud to camouflage myself. Another time I had to crouch behind some rocks while an enemy vehicle passed by. I thought about taking them out but when a 2nd vehicle followed close behind I knew I’d made the right decision.

It wasn’t all stealth though. I took out quite a few small patrols as I went, and got some upgraded gear drops for my trouble.

One really cool thing I discovered is that going downhill in this game can be tricky. Depending on how fast you’re moving and how steep the hill, you can start to lose your balance. If you fall you’ll take a nasty tumble. Fortunately I was playing a medic and could heal myself (actually I think all classes can heal themselves out of combat). I quickly learned that crouching and/or moving slowly lets you navigate down hills much more safely.

Finally I got to where I thought the item was and the place was crawling with enemies. As I was playing solo this became almost a puzzle. Someone compared solo Breakpoint to Metal Gear Solid 5 and that sounds about right. I started by using a sniper rifle with a suppressor to take out the guards in high towers, then snuck in and started rifling through weapon crates for my part. Got more gear upgrades but no part. The last crate was, of course, at the top of a tower guarded by 2 enemies.

Couldn’t figure out how to stealth by them so I engaged them, which alerted a bunch of their friends. I had to flee for my life. I ran up a hill to a tree line and crouched down. I used the sniper rifle to thin out my pursuers and then moved to another location and hid for a bit. When things settled down I entered the camp from another angle and got up into that tower and got my part. Then it was a matter of sneaking back out and making off with the goodies.

By the time I left that camp I was in love with the game; that whole journey had been so much fun. (Although it is far from perfect and could use a lot of polish; hopefully it will get that polish in post-launch support; most Ubi games do.)

So I dunno, maybe I’m doing it wrong. Maybe I should be complaining that I could have skipped actually PLAYING THE GAME and just purchased that weapon part.

This same argument came up when Assassin’s Creed Odyssey came out, too. You could buy outfits and gear, and you could even buy experience boosters. People argued that the game was balanced to ‘force’ you to buy things but I’ve played AC:O twice, on Xbox and on PC, and never felt the need to buy anything. In fact I felt like experience rolled in too quickly; the idea of buying a boost just seems game breaking to me.

I can only assume the people angry about these MTX are the people who need to be the first and the best; they feel compelled to take every shortcut they can to beating the game, or maxing their character, as soon as they possibly can. I guess that kind of person “needs” to buy from the MTX store.

But for those of you who want to buy Breakpoint to, y’know, actually PLAY the game? There’s no issue with MTX. They’re there, sure. But you don’t need them. Please don’t let them dissuade you from buying, if you’re interested in the game.

Addendum: I just want to add a bit based on Azuriel’s comment. I’m not trying to praise Ubisoft for having MTX in this game. (Though I honestly do feel if they are there and players other than me want to funnel a steady stream of revenue into the coffers it’ll increase the chance of long-term support.) This post was in response to the mis-information going around about the game; basically suggesting it was unplayable if you just purchased the game and didn’t spend extra on MTX. That is most definitely not the case.

I just feel like these days EVERY major release is met with some kind of manufactured controversy so that YouTubers can get more views and I’m kind of sick of it.

If you are fundamentally against any game that has MTX, definitely stay away. But just please believe me when I tell you, you can buy this game and have fun with it without spending a dime on MTX.

Oh and one more data point. There are no “lootboxes” here that are purchasable with real money. All the MTX offers are for specific items, not “a change to get…” gambling-style lootboxes. That alone feels like a step in a positive direction.