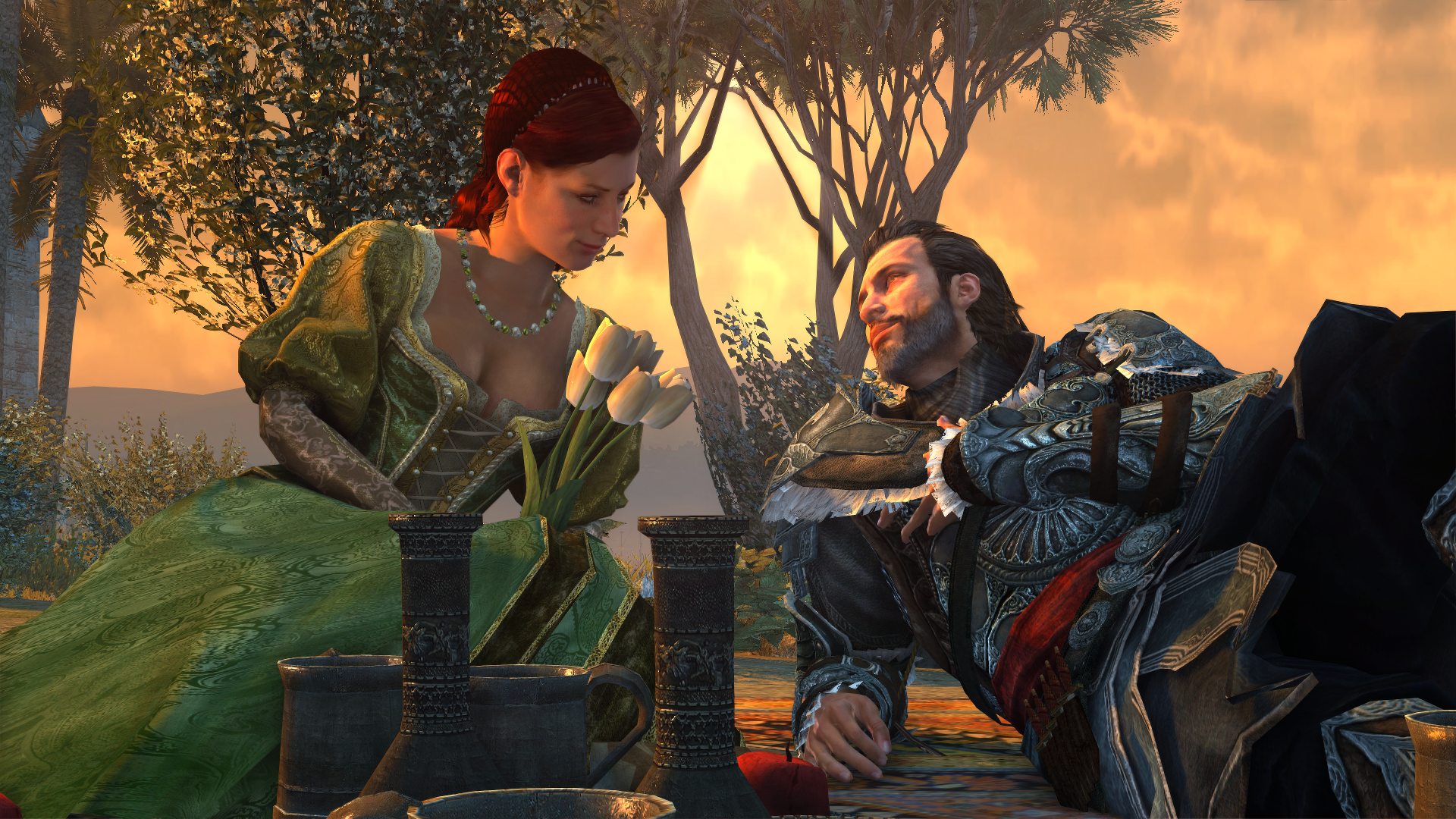 I have to admit I almost walked away from Assassin’s Creed Revelations a few times. I found the gameplay super frustrating a lot of the time. But I stuck with it long enough to get through the main storyline and I’m glad I did.

My biggest issue with the game was the city it takes place in: Constantinople. This place is a maze of narrow streets and buildings constructed on top of each other, and the streets teem with people. For the first hour it’s an amazing place to explore. Then it starts to get annoying since the quests have you having to cross and re-cross the city. Normally in an AC game you’d take to the rooftops to make your way around quickly, but in Revelations the ‘roof guards’ are both much more numerous than in earlier games, they’re much faster to react and call for help too. As often as not heading up to the roof led to either a battle or a long escape sequence that wound up with me farther from my goal than when I started.

There are “fast travel” tunnels but they’re pretty spread out and so not as helpful as they might be. Having to travel around the city was not fun, and since it’s a huge part of the gameplay, it made the whole game not fun.

The ‘raising a guild of assassins’ gameplay returns in Revelations but the towers you have to use to send your assassins on missions are so few and far between that again, it all feels more like a chore than fun.

Then there is notoriety, which works differently than in earlier AC games. In Revelations there are two opposing forces that Ezio has to deal with. The city guard and the Templars. Notoriety only impacts the Templars. The city guards will leave you alone unless you set foot on a rooftop for 2 seconds, or you get into a fight on the streets. But if your notoriety goes up, the Templars will attack one of your “assassin dens” which you will have to defend via a truly awful tower defense mini-game.

What compounds the problem is how notoriety increases. If you renovate a building or buy gear, your notoriety goes up. It takes 3-4 actions to max it out and open you up to having to play the mini-game. To lower it you can bribe a herald or kill a Templar official if you can find one. (No more tearing down posters.) That led to a pattern of renovating two shops, then finding a herald to bribe to bring down notoriety. Repeat. Over and over. Very tedious system.

They added a crafting system for crafting all kinds of bombs. All the little treasure boxes you find hidden around the city contain components for building bombs. I’ve never done much with the smoke bombs in earlier AC games and wasn’t interested in this bomb system in Revelations either.

Lastly, I guess this reflects the values of the people of Constantinople, but after a fight if you loot the bodies of your victims people around you start hurling insults about what a vile piece of human filth you are. That got old really fast. I stopped bothering to loot soldiers or to loot treasure chests. I never upgraded my gear much and didn’t really have to. What money I needed I got via real estate or completing quests.

Look I could go on and on. I really didn’t enjoy the gameplay in Revelations.

As for the story. I spent next to no time outside the animus (you can collect items that let you do Desmond missions but I hate Desmond so I didn’t bother). Ezio, now a grey-beard, is in Constantinople looking for the 5 keys to Altair’s library in Maysaf. Each key he finds leads him into a memory of Altair’s. So we’re playing as Desmond reliving Ezio’s memories of reliving Altair’s memories. So meta. I didn’t play AC 1 so didn’t have a strong connection to Altair, but if you did you’d probably enjoy these bits. In each one Altair is older. We meet his wife, and his son, and eventually see his death.

Ezio meanwhile meets a woman named Sofia and falls for her. He also pals around with Suleiman the Magnificent back when he was just Suleiman, son of the sultan. And he fights the Templars. His story is kind of dull, though I liked Sofia quite a bit.

The game wraps up both Altair and Ezio’s storylines (I’m presuming that is the case for Ezio though he is still alive when the story ends) and we get another glimpse into these people who came before, but not until the very end of the game.

Really, the last “memory sequence” was what saved the game for me. And now I can say I’ve played all the Ezio AC games, I guess.