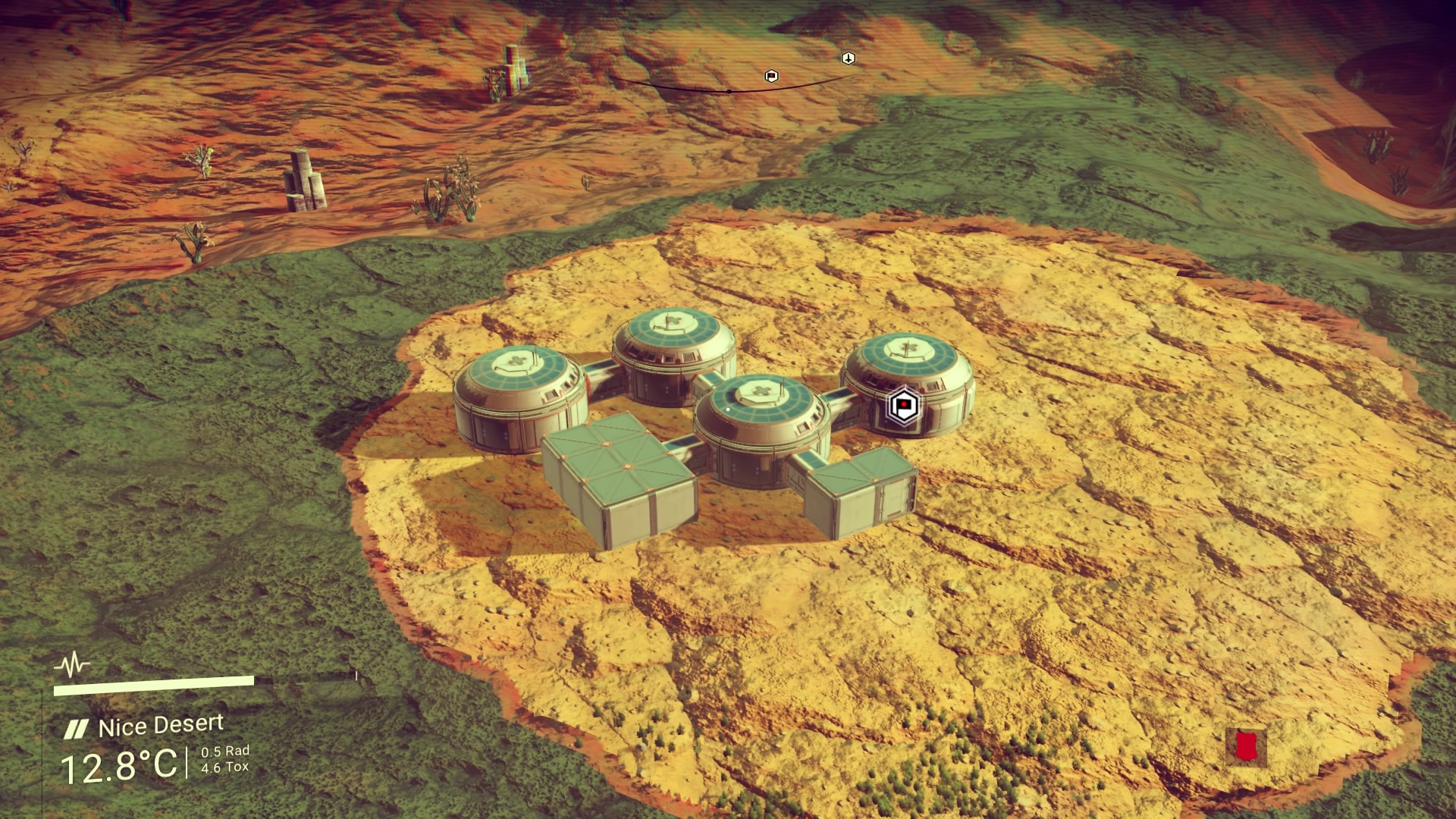 One of my “gaming goals” for January was to keep up my weekly Fairy Fencer F and No Man’s Sky sessions. Thursday night was No Man’s Sky night and since last night was the last Thursday in January I’ve hit that goal.

But I think I’m now done for a while. I felt like the Foundation Update really injected some nice new gameplay into No Man’s Sky and it kept me entertained for a while but now I’m growing frustrated. There’s one particular material (Rigogen) that I’ve been searching for during my last 3 sessions and no luck. I know it’s an underwater plant. So step 1 is to find a planet with oceans. I feel like maybe one in 5 planets I discover has oceans. Then the ocean has to be deep, I think. I’ve only found 2 planets (since I started looking for Rigogen) with deep oceans. And of course there has to be plant life underwater, and both the deep oceans I’ve found have been devoid of plant life. Nor have I ever seen Rigogen on the galactic trade system.

Part of the problem, I’m sure, is that I’m only playing once a week so “3 sessions” is 3 weeks for me. Basically I’ve spent most of January looking for this stuff. 🙂

I have a few other goals; I wanted to upgrade my warp engine and spiff up my ship. I have a list of materials I need to do that but I haven’t found any of them either. In fact I feel like my last few sessions have mostly been finding the same planet over and over. Different climate sure. But same materials. If you want Emeril or Iridium, I know of a dozen planets full of the stuff.

So time to push No Man’s Sky to the back burner again. I’ll revisit it either when the next big update comes out, or after enough time that the thrill of entering a planet’s atmosphere for the first time returns again. It’s all become too routine for me right now and is feeling more like a chore than fun. That’s a clear sign it’s time for a break.