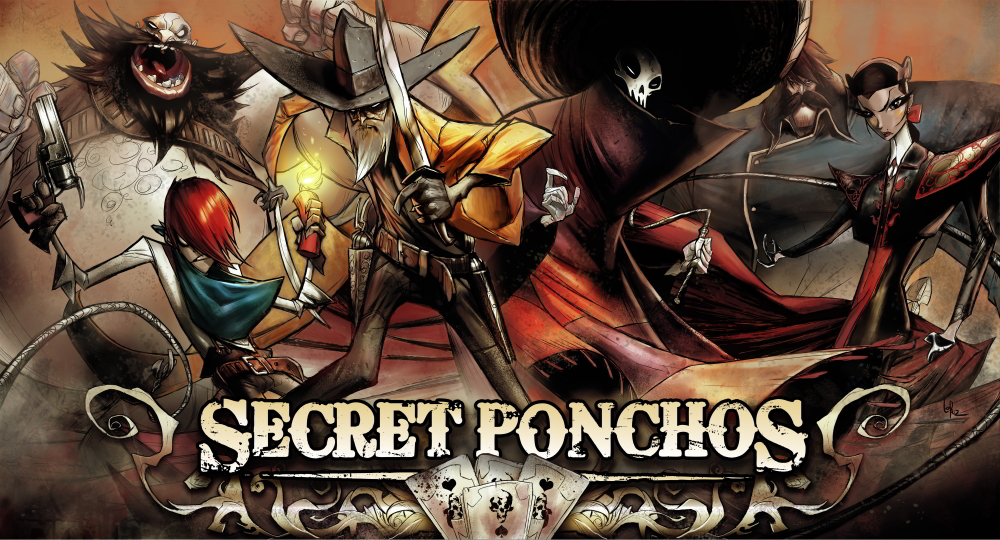 I just decided: the world needs more video games based on spaghetti westerns.

Secret Ponchos is a new console game from Switchblade Monkeys coming later this year. If you’re going to PAX East, they’ll be in Booth 1031.

If, like me, the universe has conspired to prevent you from being at PAX, you’ll have to content yourself with this trailer and the press release that follows.

Switchblade Monkeys is proud to announce Secret Ponchos, which blurs the line between gameplay genres and conventions and creates its own original feel for multiplayer combat that pits players against each other in intense Wild West battle. Scheduled for release on consoles later this year, a pre-alpha preview of Secret Ponchos will be playable in booth 1031 at PAX East in Boston, March 22 to 24.

Engage in one-on-one duels or all-out gunfights as one of several unique and customizable outlaws – each with his or her own strengths, weapon types, special moves and play styles – in a game that rewards tactical awareness, precision timing and player skill. Add in melee attacks, an original line-of-sight mechanic, cover fire, destructible cover objects and more, and Secret Ponchos is a game with exceptional depth.

When the team at Switchblade Monkeys began development of the game, they left behind the overtly corporate, money-driven world of commercial game development and set out to create something of a passion project between a group of friends. They studied elements from their favorite games, including team shooters, fighting games and isometric action-RPGs, as well as the style and flair of graphic novels and classic spaghetti westerns, to create a game they could call their own.

“Secret Ponchos was created by a new development philosophy,” said Yousuf Mapara, president and creative director at Switchblade Monkeys. “Instead of following a business-oriented studio model, we just set out make the game the way a group of friends gets together to form a rock band, and to see how far we can take it. If we make something we love, put our all into it every day and enjoy the creative process, hopefully we will make something others like, too.”

One thought on “Game name of the year? Secret Ponchos”