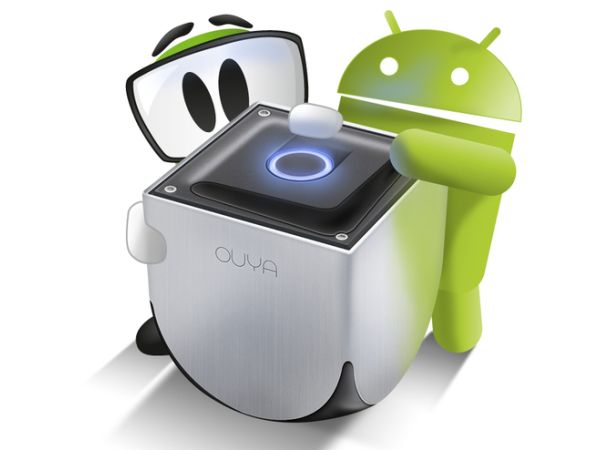 I have to admit I’m getting a little tired of hearing from Ouya‘s Julie Uhrman. I think she’s in danger of over-exposing herself and Ouya, if she hasn’t already. Luckily it’s only 8 days until Kickstarterer’s Ouya units ship and then we see for ourselves how good (or bad) the device is.

The Angry Gamer Mob hates Ouya. Why? No one knows…the AGM follows no recognizable logic. The Mob hates big publishers and Ouya was a successful Kickstarter campaign. Maybe that’s why? But AMG loves Indies (except if one becomes popular then they often turn on it) and Ouya is all about being open to any developer, no matter how small, and without a lot of hoop jumping.

Maybe The Angry Gamer Mob hates the Ouya because it’s based on the Tegra 3 and that chip is soon to be superseded by the Tegra 4. AGM says Ouya is not powerful enough. Yet the Mob loves games like Retro City Rampage, Super Meat Boy and Scott Pilgrim; all 8-bit inspired titles that can run on modest hardware. [Another mystery: how did these games manage to get popular without drawing the ire of the Angry Gamer Mob?]

Uhrman said, a while back, that Ouya would follow an ‘yearly upgrade’ schedule. She saw that statement being taken very literally and quickly amended her statement. Now she says an upgrade cycle similar to smart phones. The Angry Gamer Mob HATES this… Ouya is a console and consoles are supposed to have 5 year life cycles as a minimum. One Angry Gamer did advanced math about this: PS3 launched in 2006 for $500 and is still working here in 2013. If the Ouya had launched then it would have cost us $800 by now (8 years at $100/year) so the Ouya is actually more expensive than the PS3!

This is how the Mob Mind works. They twist facts in order to fuel their own anger.

No one wants a new Playstation or Xbox every year because from console to console infrastructure changes and (often) old libraries become obsolete. But Ouya is an Android device. The iPhone gets upgraded every year but a)you don’t have to buy the new model every year and b)you don’t have to start with an empty software library every time you do buy. Sure after a few generations you’ll see iOS programs designed to take advantage of newer features and so they won’t run on your older hardware and that’ll be the case here too, but I find it strange that a system that’s not been an issue for smartphone makers (and we’re generally spending $200 and locking ourselves into 2 year contracts there) should be such a big deal for Ouya.

I don’t know if Ouya will succeed or not. I was intrigued enough to put down $100 on the Kickstarter campaign. The Angry Gamer Mob acts as if $100 is half a year’s salary or something. $100 is enough to take your family to dinner at a modest restaurant once, or buy not quite 2 AAA games at launch. It’s not big money. If Ouya fizzles after 6 months and I have fun with it until then, I’ll be content.

What I certainly am not is angry about the existence of the device. But the Angry Gamer Mob is furious about it. Baffling. If you don’t like it… don’t buy it! Seems pretty simple to me.