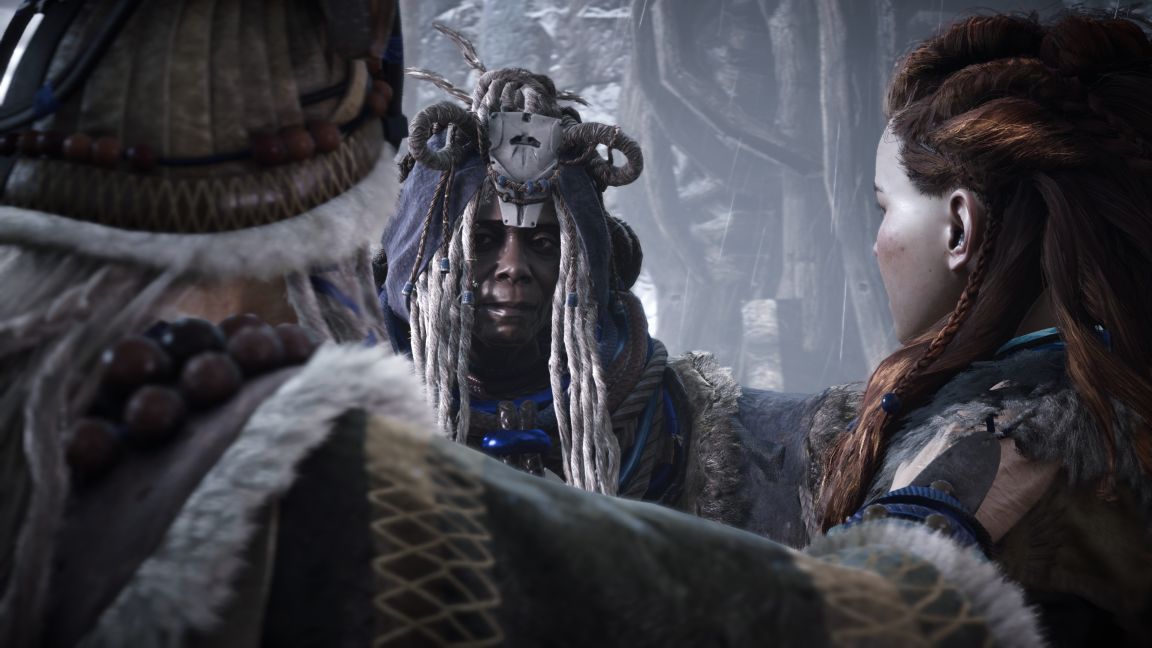 I played Horizon Zero Dawn when it launched in 2017, consuming it as quickly as possible because I was so caught up in the story. I came back for the Frozen North DLC, finished that and was done with the game. I hadn’t touched it since. I have very fond memories of playing and it is on my ‘top games of all time’ list. To say I was excited about Horizon Forbidden West would be an understatement.

When Forbidden West launched last Friday I dove right in, and was immediately hooked. The aesthetics and the gameplay strangely felt both familiar and new in the best possible way. But after the immediate rush of that first play-session faded I noticed something was missing. I wasn’t feeling a connection to the characters.

In the early hours Forbidden West re-introduces characters from the first game. For as fondly as I remember Zero Dawn, it turns out what I remembered were the main themes/plot, which focus mostly on Aloy discovering who she is (she was abandoned as a child) and the player discovering how the world that we’re playing in came to be.

Along the way Aloy gets caught up in politics between tribes, meets a lot of people, and generally experiences a lot of exploring and side-stories. I’d mostly forgotten all that. Very early in Forbidden West you run into Varl. Aloy clearly knows him, but he is a mystery to me. A little later she runs into Petra, and same thing. Aloy and these people have a history but time has erased them from MY memory.

So I decided to do something crazy. I set Forbidden West aside and started a new game of Zero Dawn. I considered a New Game+ run but then I’d have all kinds of gear that I no longer remember how to use, so I just opted for a regular old run-through on Normal difficulty.

I haven’t regretted this situation one bit. Horizon Zero Dawn holds up wonderfully and it still a fantastic game. I’m enjoying re-encountering these characters and thinking “How could I have forgotten Varl/Petra!?” constantly. And Rost. I’d forgotten Rost! Now I remember him.

Since I earned the Platinum Trophy { /minor_flex } back when I first played, I don’t have to worry about searching for every collectible or whatever. I can play the game very naturally which is turning out to mean “very slowly.” I’ve rarely used quick travel, preferring to see the sights and kill some machines when going from here to there. Or riding a tamed machine, which never gets old. Aloy 2.0 is now level 20 and I haven’t even been to Meridian yet. (For reference, in my old post-DLC saves, Aloy was level 53.)

I am in no hurry to finish and move on to Forbidden West again, but when I eventually do I think I will enjoy it even more thanks to having all the people and lore fresh in my brain. It’ll be me saying “Hey! It’s Varl! Good old Varl, how ya been, buddy?” at the same time Aloy is greeting an old friend. That’ll be nice.

Side Note: Look at this campsite she stumbled on. It’s like maybe a diorama of a funeral or something? I’ve also included a close-up of one of the dolls that protect this camp.