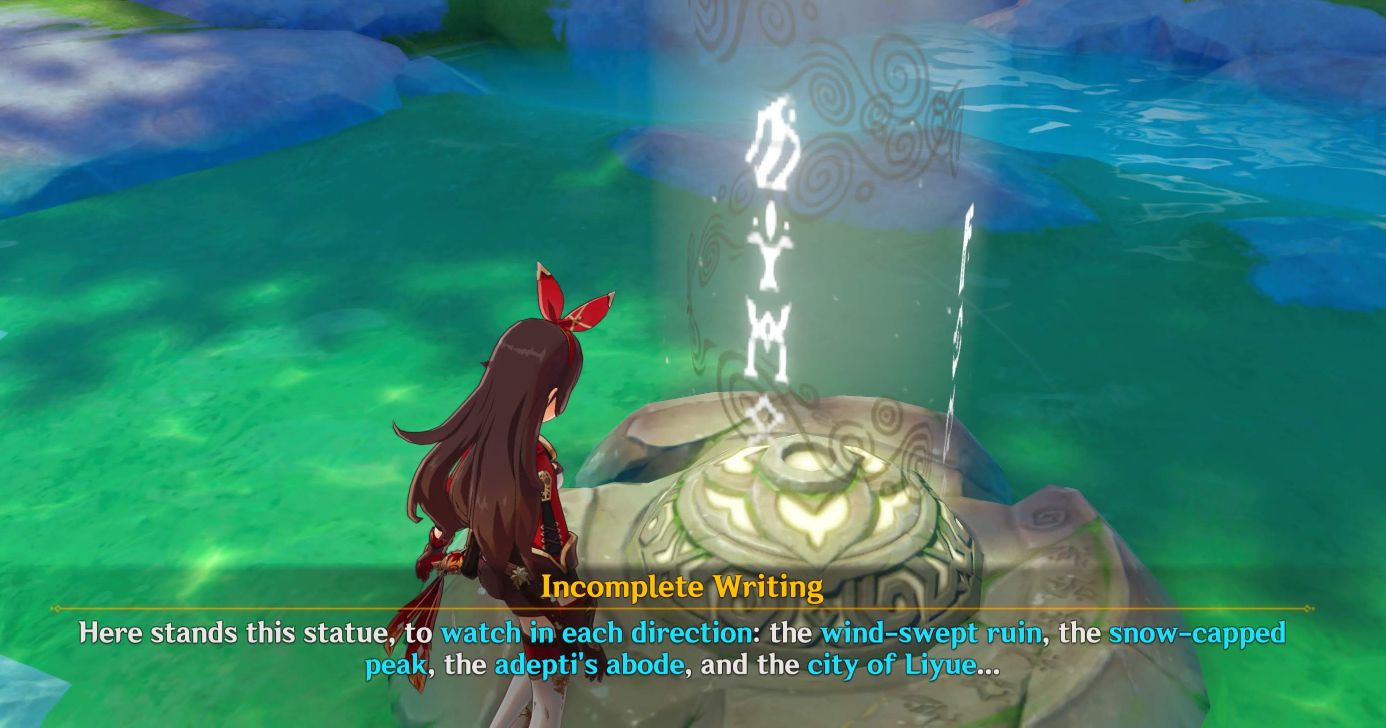 I’ve been playing Genshin Impact for a bit over a month now. I know because I bought a 30 day ‘subscription’ thingie that awards 90 Primogems every day and I had to buy a second one a few days ago. Needless to say, I’m enjoying my time with the game.

But last weekend I hit my first bad patch. Me and the game had our first fight. It happened when I hit two road blocks at the same time, leaving me feeling, for the first time, like I had to play the way the devs wanted me to play, rather than how I wanted to.

So first, I hit Adventure Level 25. (Adventure Level is like the level of your account as a whole, and is separate from Character Levels). In order to go past 25 you are forced to do a quest which is basically a trial of sorts. The recommended party level for this was 35 but my party was much lower level, around their mid-20s.

Let me digress and talk about leveling in Genshin Impact. While you do get experience from combat, it is a trivial amount. The bulk of your leveling comes from consuming items that drop from chests and are given out as quest rewards and such. You can apply these to your various characters as you see fit. Or if you are me, you will HORDE them until your characters just cannot make any more progress without being leveled up. I love that I can basically choose my difficulty this way. Content doesn’t get trivial because I don’t spend these experience consumables to over-level my characters.

Finally I was able to beat the quest. By the time I got to that point I’d accumulated enough Adventure Experience that my Adventure Level jumped from 25 to 28.

So the good news: I was past the dead-end. The bad news: I felt like I’d been robbed of the fun of 10 levels of progression and now I’m dealing with some trivial content, which kind of stinks.

In and around doing this, I was doing a quest line on Dragon Spine Mountain. A part of this quest was a challenge where I have X amount of time to kill a bunch of ice monsters. This takes place near water and in an environment where the bitter cold will start to drain your health if you don’t stay warm. This is SUCH an infuriating challenge. Either the ice mobs stun-lock me via their freeze attacks, or I fall into the water and lose time and health (due to the cold) or I just start taking damage from the cold. I can beat the baddies, but just not before the timer runs out.

I am still stuck on this one even with my massively over-leveled characters. I take some comfort in the fact that the Internet is full of complaints about this particular challenge. This isn’t technically a road block as, to the best of my knowledge, this quest isn’t gating any additional content. It was just frustrating to be dealing with it at the same time as the actual AR 25 road block.

Then We Made Up

Anyway I got past this tough patch and I’m back to having a great time. It isn’t a perfect game, of course. But it is close to perfect for me, for right now. It has become one of those zen games. I log in, get my Primogems, do my four daily commissions, collect my expeditions, do some mining, then start working on Story Quests or whatever. I rarely finish the story quests because I’m constantly being distracted by other fun things to do.

The world feels huge (to me, so far) and I really enjoy the soundtrack. There are things to find everywhere. Chests and challenges and puzzles and NPCs to help out. There are ample fast travel destinations so while the world is huge for exploring, it isn’t tedious to get around when you’re focused on doing on thing.

If I could change one thing about Genshin Impact it would be the female characters (at least the ones you get for free just from playing, which I assume have been around since launch). The female characters are either screechy little girls in that creepy Eastern way of showing them in revealing clothes, or they are “mature” characters doing the (in one case literally) sexy librarian schtick. “Oooo, aren’t you a naughty boy?” and comments along those lines.

They’re constantly adding new characters and it seems like the newer characters are more diverse. For instance here is the teaser for Candace, who is coming soon:

Compare her to someone like Klee who was introduced a couple years ago (just after launch, it seems):

I guess some folks find Klee cute but I find her grating. Fortunately I have Amber who isn’t annoying and bonus points for being a bad-ass archer.

And of course there is Paimon. Paimon, who floats around in her bloomers, screeching her screechy voice at everyone while referring to herself in the third person. I HATED Paimon when I started playing. But y’know what? She is growing on me. If I can just take the sound of her voice and lock it in a little box and put it in a deep well, what she actually SAYS can be amusing (thank you, sub-titles). In a lot of ways Paimon seems to represent the player, because she is always skeptical of what is going on in the same way you probably are when you are playing. Like all those fetch quests where you’re thinking “Jeez this NPC is lazy” but you still gotta do the quest? Paimon is right there, calling out the NPC for being lazy and just trying to get us to be its errand-runner.

I can’t believe I’ve come ’round to where I like Paimon, but that’s the world I’m living in.

Yeah, I dunno what it is but I can’t stop playing this silly game.