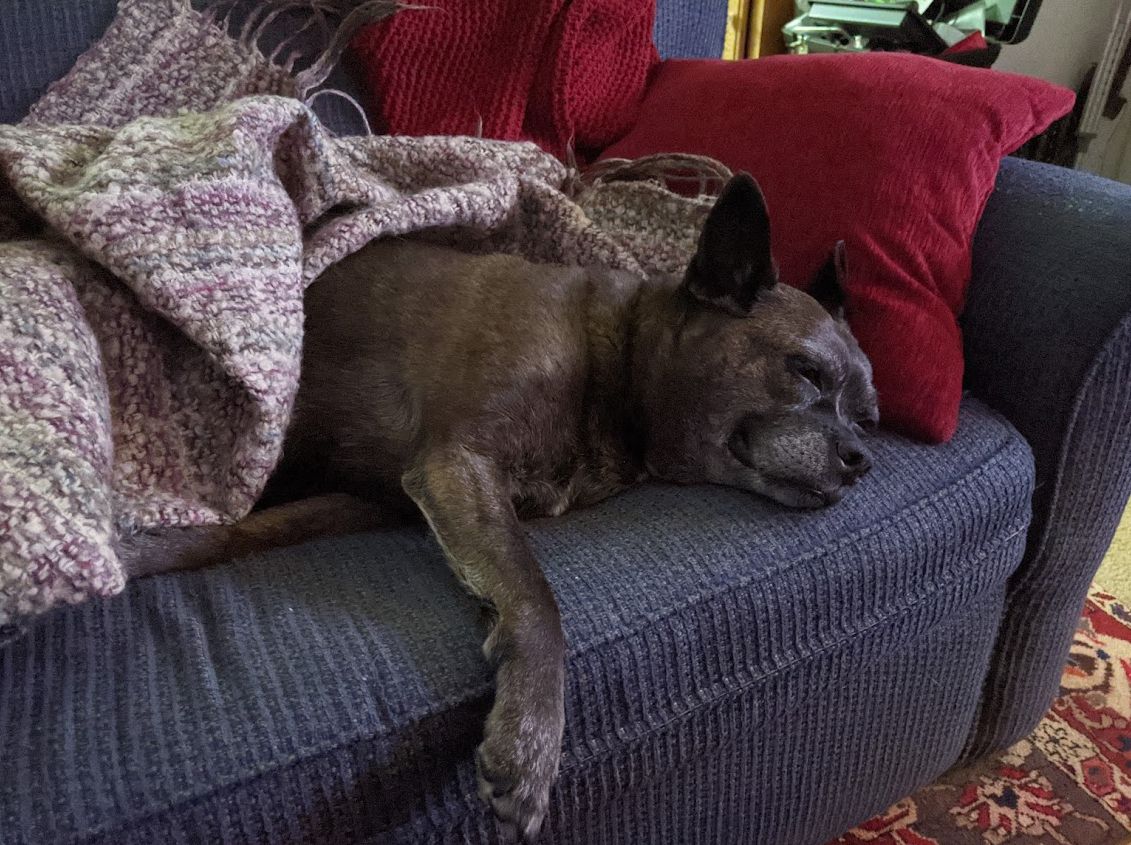 Ha, that title got you, didn’t it? Well it’s true but there’s a lot of context around it.

I’m on my last day of an 11 day break from work. It has been lovely, even though I’m still a little miffed that I had to use vacation time to get the time off. And I am NOT looking forward to going back tomorrow.

But I’m already digressing, so let’s table that talk about how much I hate my job and how depressed it makes me.

Over the break I did a lot of gaming (though somehow I don’t feel like I made much progress in any of my games). Thing is, there was definitely a little bit of unhealthiness in why I was playing. It was almost like I swapped in work responsibilities for gaming responsibilities. Like maybe I just wanted to take a nap, or watch TV or something. But that didn’t feel “productive” so I’d boot up a game instead.

Which, logically, is ridiculous. Gaming isn’t productive. I mean I guess if you’re a “content creator” it is, but for folks like me who game strictly as a hobby, it’s not productive and not SUPPOSED TO BE productive. It’s supposed to be relaxation and enjoyment. And if my brain is craving a marathon of old Cheers episodes instead of playing Genshin Impact, I should go and watch Cheers. But I don’t because that would be “wasting time” whereas playing Genshin isn’t (but of course it is…at least on the same level as watching TV is. I’m not sure EITHER is really wasting time if doing that activity is bringing me enjoyment).

So I need to figure out how to manage this. How to let this huge backlog of games sit and collect digital dust if what I really want to do is go down a YouTube rabbit hole or just sit out in the backyard watching Lola chase squirrels.

But the other side of this equation is that there are SO MANY games I WANT to play, and time is so very limited. I am really struggling how to balance this huge pile of games I want to experience with other things I want to (or have to) do, given a finite amount of time to do things in.

I used to be a terrible “game grazer” in that I’d flit from game to game and make little progress in any, and almost never finish a game. Then I decided this was wasteful. Of money, or of content, I couldn’t really articulate. So I started making a much more concentrated effort to finish the games I started, or at least commit to putting a significant amount of time into them so I could get the ‘full experience’ that the game offered. And for a while that make me feel better.

But maybe I’ve taken it too far. Given that new, interesting games come out all the time, there literally are not enough hours to complete all the ones I am interested in. Like maybe if the game development industry screeched to a halt TODAY and never published another game, I MIGHT have time to finish all the games I wamt to play, before I die or lose the capacity to game. Might. I’m not sure. I mean I could drop dead tomorrow or stay alive, sharp and alert for another 20 years.

So I gotta figure this out. After all I don’t owe anyone anything, and no one cares what I do. I could really quit gaming as of right now and it wouldn’t have any impact on anyone but me. So I dunno why I obsess over it like I do. Maybe it’s that I have no other hobbies and being a gamer is so much of how I self-identify? Like sometimes I wonder “People who don’t play games… what do they DO with their time?”

I also kind of think these subscription services like Game Pass and PS+ Extra might not be good for me. There are SO MANY GAMES waiting to be played with more added all the time. I might be better off if I had to purchase every game I wanted to play, since I’d think longer and harder about whether I REALLY wanted to play that game. Of course I come to this conclusion at a time when my Game Pass subscription is pre-paid into 2025!! LOL

But for sure I need to find a way to let myself watch Cheers with my free time if watching Cheers is what my brain wants to do.

By the way, I can’t remember that last time I saw an episode of Cheers; I’m not sure why I decided to use that as my example. 🙂