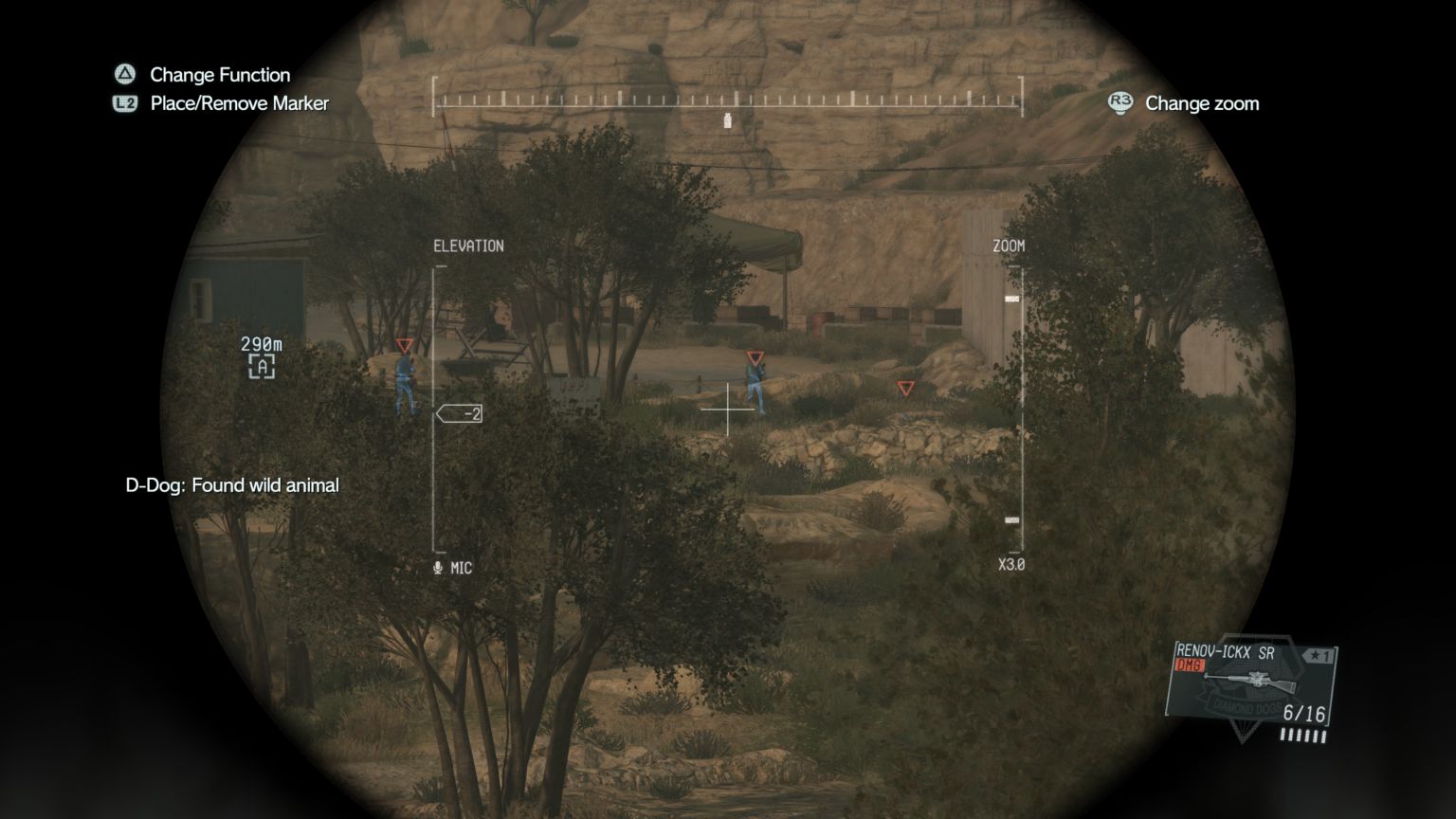 Over the past 5 days (4 of which were vacation days) I’ve been focused on playing Metal Gear Solid 5: The Phantom Pain. And I think I’m done. I’ve gone from “Hey, this is actually pretty fun” to “Let’s see how much more I have to go before I finish this.” The answer to that last question is: 89%. After 5 days I’m at 11% complete. Extrapolating from that, I’ve got 45 more days of playing and I’m already getting tired of it so… yeah time to throw in the towel. Or at least put it in the “games I play every once in a while” pile rather than my “games I’m trying to finish” pile.

It’s not that it’s a bad game so much as that it’s a stealth game and I always forget that while I THINK I like stealth games, in practice I just don’t have the patience for them. Early on I play them the right way, sneaking around, hiding in corners, waiting for patrols to pass and so on. But damn is that time consuming and I’m so often cognizant of how much time I have to play and how much progress I’ve made. I get impatient and do something that I know has a small chance of success just because I want to do SOMETHING. Then I fail and it is back to square one. I spent 2 hours this morning trying to complete a trivial side mission and have nothing to show for it.

Which is a weird thing to say, isn’t it? I was playing a game so presumably having fun. When I spend 2 hours watching a movie what do I have to show for it? Somehow I’ve programmed my brain to expect some kind of progress for every hour I put into gaming. I wish my brain wouldn’t work that way. Though I suppose if I was really having fun for those 2 hours I wouldn’t care that I hadn’t made any progress.

While writing this post I did a bit of Googling and I guess you CAN attack the game full-on combat style but there are something called “Demon Points” that you accrue. For some reason Snake isn’t supposed to kill anyone in this war he is in. If I could go in and incapacitate dudes one by one I would. And you can do that, to a point. You can tranq them or knock them out. But they wake up eventually and then set off an alarm. I wish the game had a way I could zip-tie dudes and put duct tape over their mouth and basically take them out of the fight for the duration of the mission. (I hope that sentence is never taken out of context.)

I’m not sure what Demon Points do beyond alter your appearance but I seem to have accrued a bunch of them because my Snake is constantly covered in blood. I send him to the showers (yes, you can really do that) and within minutes he is a smear of red. It’s ridiculous.

Also ridiculous is that every enemy base is playing either A-Ha’s “Take on Me” or the Kim Wilde’s “Kids of America.” EVERY SINGLE BASE. I guess Kojima could only afford to license 2 songs.

There’s a lot of interesting aspects besides going on missions. There’s a whole base-building aspect, there’s staff management, R&D, a bit of economic game. This stuff all takes a while to open up and I still don’t have everything unlocked, but I like having something to focus on beyond the immediate mission objectives. While you’re out in the field you can capture enemies (who magically switch to your side) and gather resources used to enhance your weapons and your base. You can even steal things like gun emplacements which are used to defend your base (which presumably gets attacked later in the game) or which can be sold for cash.

So I’m in this weird place where I enjoy kind of the sides, but I’m not enjoying the main course very much (sorry for the weird analogy but lunch is on the table and it smells so good and my stomach is rumbling). It really might be because I’m playing to finish rather than playing to enjoy. Or it might be that Afghanistan is so drab. I’m not at the “Rage Quit/Uninstall” stage yet, but I’m going to find something else to play for a few days/weeks and maybe come back to this later.

And y’know, if I wanted to spend hours just running around a bleak world, I could go play Death Stranding.

2 thoughts on “Tapping Out of Metal Gear Solid 5”