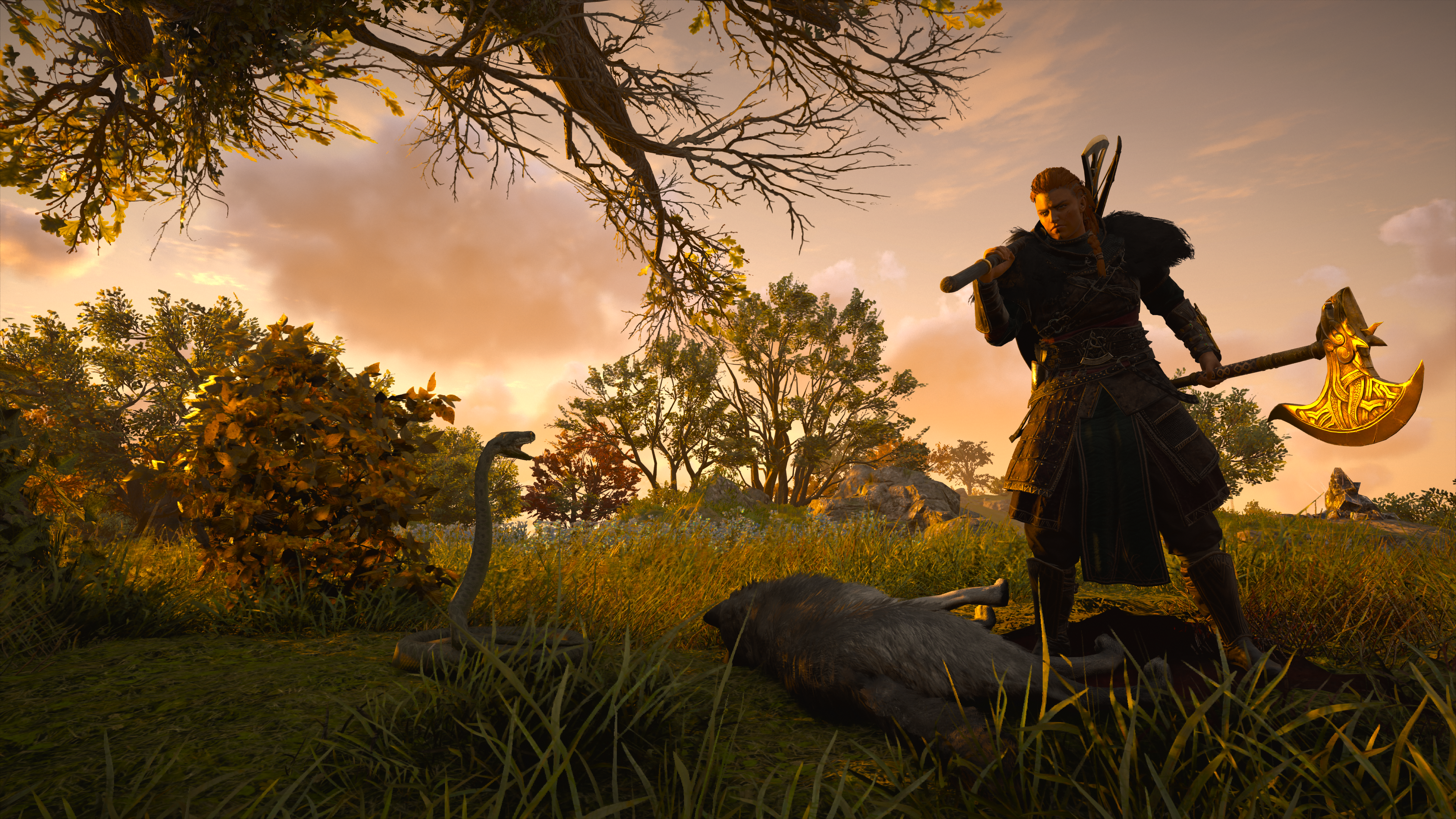 The bad news: with it came a really annoying bug where your character would go into an infinite sleep cycle if you happened to be in Dublin. They seem to have addressed this so I won’t dwell on it. Life is too short to carry around angst about video game bugs.

The good news is, they added a Scaling Option to the difficulty settings. Prior to the patch, if you went to an area with lower level enemies, those enemies would scale but only to a power level of 50 below your current power level. This made a lot of content feel really trivial.

The new patch lets you change this (if you want to). There’s an option to scale enemies to your current power level, to your level+30, or to your level+60. I dipped my toe in by changing the setting so enemies were the same level as I am.

Immediately the game became so much more interesting. In fact I am essentially having to re-learn how to play. Prior to the patch my Eivor would stroll into an enemy camp dual-wielding 2 giant axes and just lay waste to every enemy via me button mashing. It was a fun Viking power fantasy for a while, then it started getting dull.

Now I have to remember how to block, dodge and parry again. I have to use skills. I have to think about the battle, sometimes skulking around and assassinating some enemies to thin them out. I had to upgrade my gear! It’s great fun and has really re-invigorated my interest in the game.

Just wanted to throw this out there in case anyone else had grown bored with Valhalla. The Wrath of The Druids expansion has been out for a while, and The Seige of Paris expansion is coming soon. If you have the Season Pass (or are willing to throw a few more bucks at the game) there’s still a lot of enjoyment to be had. There’s some free content as well (the River Raid system) and they’re constantly adding new skills to play around with.

2 thoughts on “Assassin’s Creed Valhalla patch 1.3 is a game-changer”