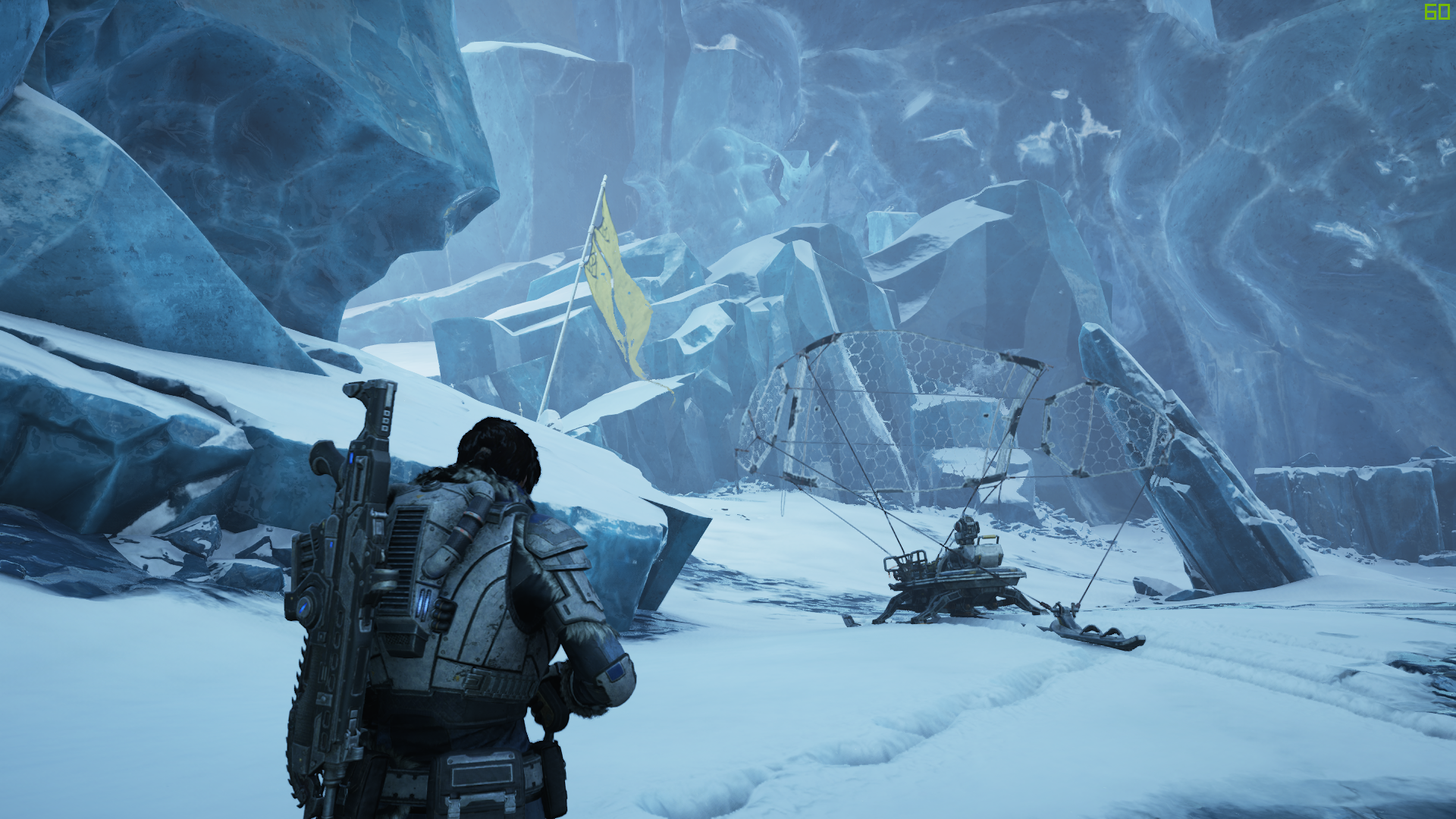 Update 9/11/19: I played for a few hours last night and these issues SEEM to have been rectified. Nothing wonky happened and I was back to having fun. So fingers-crossed, this post is no longer relevant. Original post follows:

I was pretty excited to jump into Gears 5 Thursday evening, and initially I was not disappointed. Friday night I had fun as well, though at one point I had to exit the game when it froze. Saturday, as I moved deeper into Act 2, I start encountering more and more issues. I’m sad to say, I’m putting the game back on the shelf for now.

I’m bummed because I’m loving the game…when it works. But there is something wonky with the saving/loading system and four times now I’ve had to replay chunks of the game because of issues. In some cases the auto-save will just keep running and running and never finish. In some cases I get an error saying “Unable to save game” after which I have to go back to the last checkpoint. And in still others I’ll enter an area and “triggers” (ie doors I need to open, switches I need to throw) will be inoperable and I’ll have to reload a checkpoint.

Even this wouldn’t be so bad except the checkpoints are spread out and reloading can mean re-playing a few battles, including some tough ones. It can also mean going through an area carefully searching for collectibles and “components” that you use to upgrade your robot pal…a second time. Or put another way, your last checkpoint could be 10-20 minutes ago depending on how hard the fights have been. (There seem to be “I just died” checkpoints and “return to the game” checkpoints. The former are fairly frequent but it’s the latter that you have to pick after a glitch happens and they’re farther apart.)

What I’ve learned is that if your character and his/her companion stop talking about what they’re doing, you’re probably glitched and sooner or later you’re going to have to reload an earlier checkpoint.

Hopefully The Coalition can fix this all soon and if they do I would give Gears 5 a hearty recommendation.

What really puzzles me is that the game has gotten rave reviews from the “pros” (I know we hate Metacritic but the score there is 85 currently) and none of them mentioned these glitches, but lest you think I am alone in experiencing them, I’ll direct you to this thread in the forums.

Just another example of how you can’t trust professional reviewers these days.

UPDATE: The Coalition posted an update/acknowledgement of the issue: