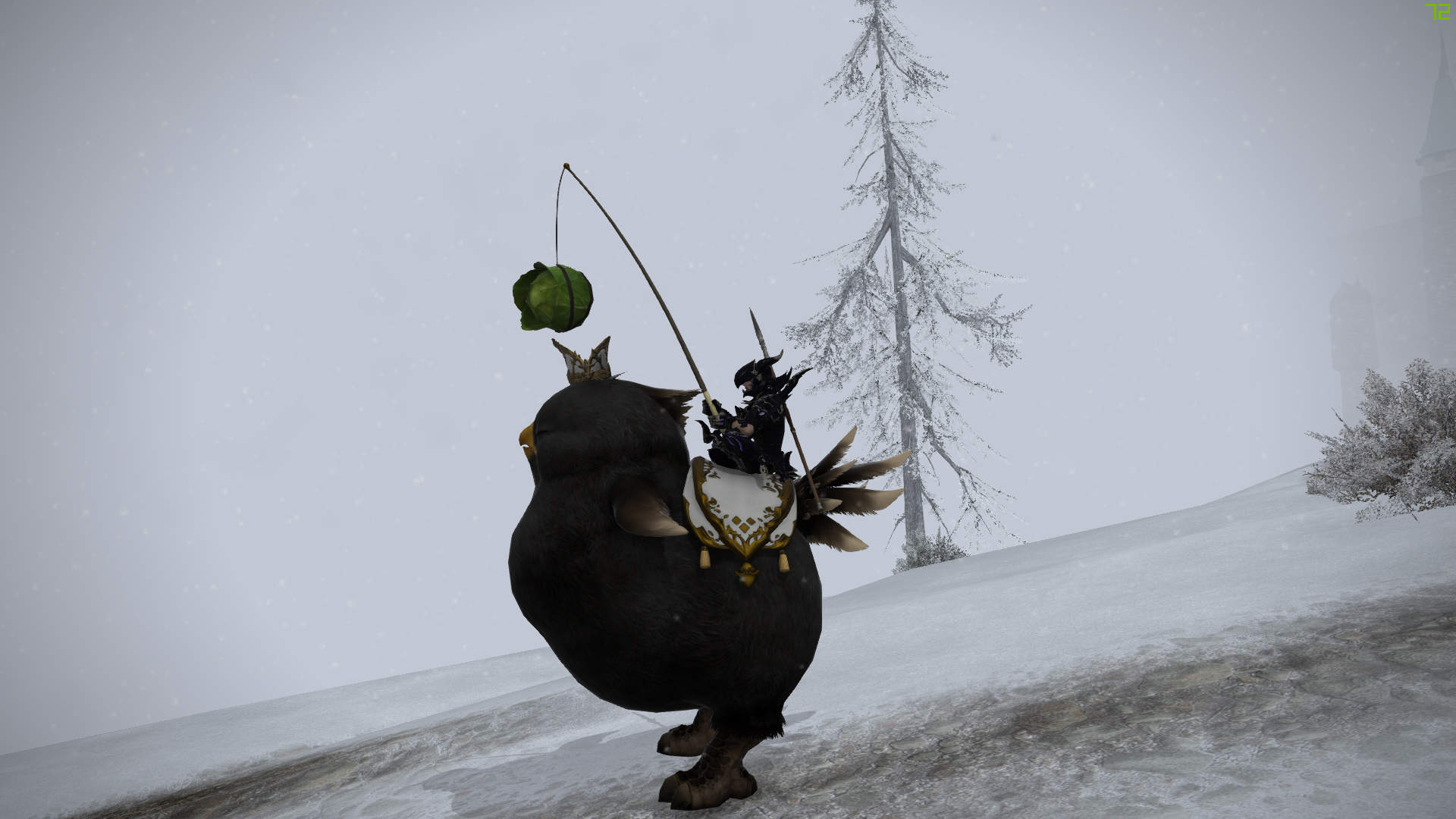 The last time I wrote a proper post here was June 10th and at that point I’d been playing FFXIV for about 10 days. And until about a week or two ago, I’d been playing it every day, pretty much exclusively.

Then I skipped a day for some reason. And another day. Then I logged in for about 10 minutes and that was that. I may be done with FFXIV for now.

This always happens to me; it’s my cycle of Discovery, Ridiculous Enthusiasm (accompanied with “gonna play this 4-ever!” giddiness), The Routine and finally, the big DROP happens. I think I need to learn to acknowledge when playing has just become due to habit rather than desire, and maybe step back at that point. If I play a few times a week rather than every day maybe I can keep the enthusiasm up. Makes sense, but y’know, at my age I’m not sure I can learn new tricks.

What really killed FFXIV for me was the Horrible Hundred; the huge swathe of quests that happen after you finish A Realm Reborn and before you start Heavensward. During these (which took me a few weeks to get through) there is almost no multiplayer content. A few raids and dungeons, but mostly you run around doing fetch quests.

Back when these were new people were probably mixing them up with doing dungeons for fun, but with the “Road to 70” buff I was already so over-leveled that I didn’t want the XP that would come with doing anything extra. I just wanted to get to Heavensward so every night I’d log in, feeling vaguely irritated by how much these quests sucked, but determined to get through them.

And I did, finally. And then Heavensward began and it was more of the same. Heavensward, at launch, was meant to take characters from level 50 to level 60. I was level 60 before I started it, meaning now the Heavensward quests are trivial. The ‘correct’ course for me would be to level a 2nd job, and I thought about leveling a healer but now it’s been so long since I’ve done MP content that I’m facing my natural resistance to doing it. I was a social gamer for a while, though!

Plus as soon as I stopped logging into FFXIV I started remembering the 5,000 other games in my backlog, frontlog and sidelog. (OK I exaggerate a little.) I’ve been bouncing around from Legend of Zelda: Breath of the Wild to Dragon Quest Builders 2 and then to Days Gone (among others.).

My only real regret is that I bought TWO 60-day time cards in order to get two Fat Chocobo mounts for 2 characters and so my sub is paid through to something like October.

The good news for everyone else is that in patch 5.3 (which is out sometime later this year I believe) the developers are going to streamline this early content to make it faster to get through. There are no real details of that, but if you’re considering picking up FFXIV, I’d urge you to wait until 5.3. Right now the grind is really depressing. And despite what some will tell you, the story does NOT make it worth it. (Well obviously that’s my opinion.)

I had a good run, though. Hopefully before too long I’ll be ready to jump back in for a while. I do come out of it with some fond memories….