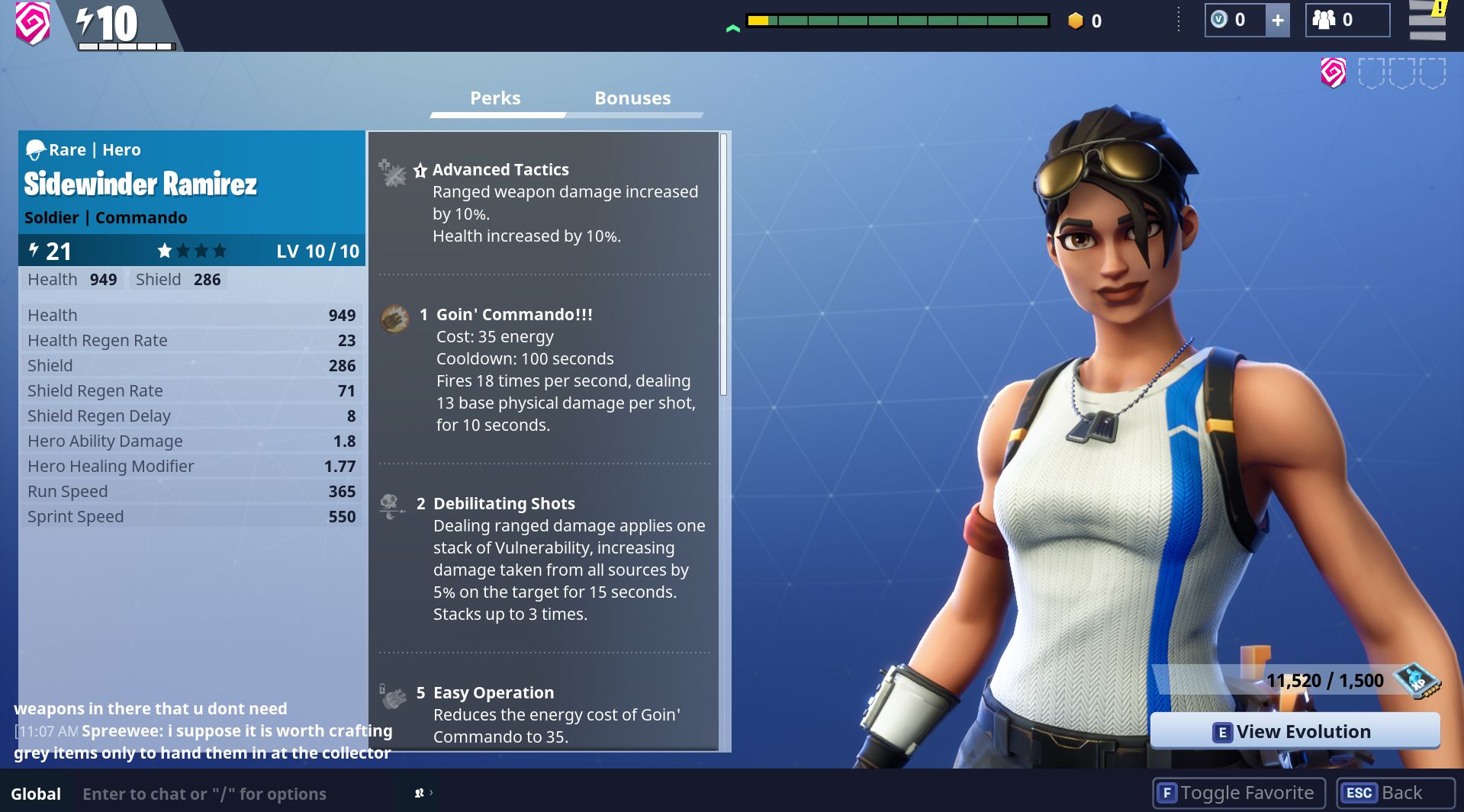 See Epic, I can do punny titles too!

So I’m going to try not to write a wall of text here but instead break my Fortnite thoughts into a series of posts. Let’s see how I do.

Fortnite is a co-operative harvesting/building/tower-defense game from Epic. It’s about fighting what are essentially zombies but rather that go gritty and grotesque, Fortnite has a whimsical, funny aesthetic. It is in a paid Early Access phase now and is expected to go free-to-play in 2018. Cheapest buy-in right now is $40 which I thought was a bit steep for an Early Access title, but then I liked it so much I spent another $20 to upgrade to the next tier and get more stuff.

I bought in on the PS4 and was delighted to find that by linking my PS4 account to my Epic account, I could play on PC too. I’m not sure if the reverse is true or if the same applies to Xbox and PC. My data is cross-platform for the most part so I can work on my fort on PC or PS4. Swanky.

So what do you do in Fortnite? The basic game loop is that you go out and smash things to gather resources, then you build a fort around some focus point, and finally you trigger the husks (we don’t use the Z-word in Fortnite) to attack and you fend them off. Rinse and repeat.

This sounds simple but there are a lot of systems within systems going on.

You play as the Commander, an unseen uber-boss of your little outpost of people. When you run a mission you pick from one of your Heroes to play as. Heroes come in the form of Hero cards that vary in class, rarity and abilities. There’s a strong CCG current running under the surface of Fortnite.

The downside of Hero cards is that you can’t customize them. I would be very surprised if that doesn’t change. Offering ‘skins’ for Heroes seems like an obvious money-maker somewhere down the road. Sidewinder Ramirez up there is wearing a special Playstation skin so the system already exists in some form.

You can play solo, with friends or match-make into a random group. I spent the weekend doing about 50-50 solo/random missions.

There are two kinds of building missions I’ve discovered so far: first there are homebase missions. These take place in your persistent homebase. You can pop into here whenever you want and tweak your defenses and eventually you’ll get a mission to expand. When you do this the horde comes and you (and possibly some friends) hold them off. The other kind of build mission happens on a randomly generated map. Your team enters, first has to find the whatzit that needs to be activated, then you spend some time building defenses around it, and finally you turn on the whatzit and the horde comes.

There’s also at least one kind of non-building mission: one where you have to rescue survivors before time runs out. In all these random maps you’ll find hidden treasures and little events like survivors: people who’re trapped or under attack and need your help.

There’s also one little icon on your map for a “Help others” mission. If you enter this one you’ll be matchmade with someone else who needs some extra firepower. Often these end up being homebase support missions though not always. I really enjoyed doing these because I knew someone had gotten in over their heads and needed help. Sometimes I like to be the good guy helping others.

At the end of a mission you get both experience for your commander (every time you level up you get a skill point to use in a skill tree that I won’t go into today) as well as different kinds of experience that can be used to level up heroes, schematics and survivors. Also things I’ll go into in more depth another day.

So would you like Fortnite? Here’s the thing: you spend a LOT of time scavenging resources. I think over the weekend probably 60-70% of my time playing was running around destroying things to get materials. I actually find that kind of soothing; I’m not sure what that says about me. But running through a building searching cabinets and smashing TVs to get nuts and bolts is kind of a zen thing, and the game does reward exploration in several ways. My favorite example was when I came upon a graveyard with a mausoleum that was built over an old catacomb. I gleefully searched and smashed each crypt I found, and at the end there was a hidden treasure. Grave robbing! Always a good time.

Anyway for some people all this scavenging is going to feel REALLY tedious and there’s no good way to get around it. If you play Minecraft and sometimes level a hilltop just for the fun of leveling a hilltop, you’ll probably enjoy scavenging in Fortnite.

I think both the building and fighting the husks aspects of Fortnite are going to be a much easier sell than the scavenging phases. There’re a bunch of weapons (guns & melee) plus heroes get special abilities to help smoosh husks. That’s all good fun.

What I tended to do over the weekend is enter a mission solo, scavenge like crazy and craft plenty of ammo (ammo is the reason why you need to scavenge so much) and then I’d just leave the mission; you get to keep everything you found. Then, now that I had plenty of ammo, I’d join a multiplayer mission to actually try to complete the mission.

3 thoughts on “Stuffing a Fortnite into a weekend”