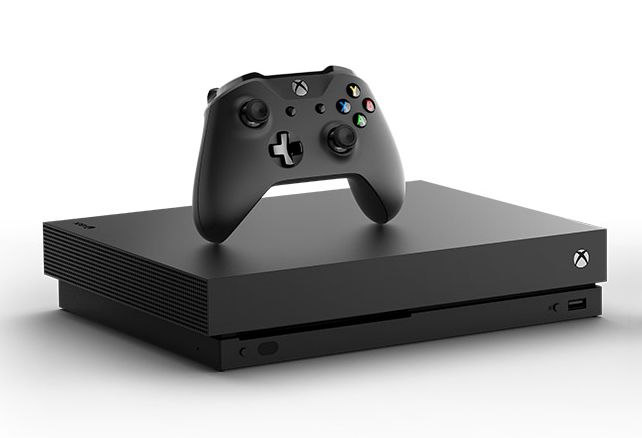 Yesterday Microsoft revealed the official name of Project Scorpio: the Xbox One X. They also revealed the price: $499. Of course everyone is talking about whether the console is worth it.

Funny thing about that question: “Is it worth it?” It can really mean two things. First it can mean “Does the hardware justify the cost?” In other words if you added up the price of the parts and factored in the cost of design and manufacturing, is the price roughly that cost plus a reasonable amount of profit.

In that context I think the Xbox One X is worth $499 assuming it works as advertised. In other words, if it really does “true 4K gaming” beyond the walls of Microsoft’s own development studios. As has been pointed out, you’d be hard-pressed to build a gaming PC that does native 4K for $499. Today. But prices are always coming down.

But the other context of “Is it worth it?” really boils down to “Is it worth it to me? Will I get value out of it?” and this is a lot more subjective.

Case 1: If you have a beefy gaming PC, why are you even here? You don’t need an Xbox of any kind. You’re NOT the target audience for the Xbox One X. I base that assumption on the fact that the Xbox One has nearly zero Xbox exclusives. When they say ‘exclusive’ they say ‘console exclusive’ and they really mean “This isn’t going to come out on the PS4 or the Switch.” Nearly every game that hits the Xbox One is also on the PC, though for Microsoft-published games they target Windows 10 only. There is very little reason to own an Xbox One or an Xbox One X if you’re a PC gamer.

Case 2: 4K TV owners considering Xbox One X vs PS4 Pro. When the PS4 and the Xbox One launched, the Xbox One was $100 more expensive and slightly less powerful than the PS4. Plus Microsoft botched the marketing of the Xbox One. We know what happened: Sony ate their launch. The PS4 has substantially outsold the Xbox One in the years since.

Now we have the PS4 Pro at $400 (as of right now; Sony’s E3 Press Conference is tonight and the price might drop) vs Xbox One X at $500. Again, a $100 price gap. The difference this time is that the Xbox One X is more powerful than the PS4 Pro and MS’s marketing is more on point.

This is where things get really subjective. Haters fault the PS4 Pro for not being native 4K. The truth is that PS4 Pro games fall all over the scale from native 4K down to 1080P, and the sweet spot for PS4 Pro support seems to be 1400P or 1800P (native 4k is 2160P). Here’s the thing, though. Jumping from 1080P to 1800P isn’t insignificant. PS4 Pro optimized titles look a lot better than the same games on a PS4. I think it’s weird that certain parts of the community dismiss a jump from 1080 to 1800 as meaningless whereas in the initial Xbox One vs PS4 days the difference between 900P on the Xbox One and 1080P on the PS4 was a huge deal.

So the question you need to ask yourself is whether spending an extra $100 is worth getting from 1400P or 1800P to 2160P. No one but you can answer that, really. I’m a graphics nut so I want the console that can squeeze out the highest resolutions and that looks like it’ll be the Xbox One X.

Case 3: 1080P TV owners considering Xbox One X or PS4 Pro: This is a much harder sell, in my opinion, but the Xbox One X might have the advantage over the PS4 Pro. When the PS4 Pro launched developers had to patch their games to take advantage of the improved hardware. A few did, but not many. Eventually Sony introduced “Boost Mode” which would let any game take advantage of the increased horsepower and it does help older games run a little better and load a little faster.

That said, casual gamers who own a 1080P display probably don’t need either of these beefed up consoles. If you don’t really care if a game drops a couple of frames now and then or if objects in the distant have a little fuzz, then skip both the PS4 Pro and the Xbox One X, at least until you get a 4K TV.

So those are my opinions. Oh one last thing: I saw some folks in my Twitter feed who were surprised that the Xbox One X had no exclusive games (ie games that only ran on the Xbox One X, not the Xbox One). That has always been the plan. For now at least, every new Xbox game has to run on the Xbox One and the Xbox One X. I expect that to change eventually, but not until there’s a solid install base for the faster hardware. MS doesn’t want to fracture their audience. For the record, same is true for PS4 and PS4 Pro. Games have to run on both. This isn’t a new console generation, its more of a refresh.

Last are the facts that don’t really relate to the hardware. You know, the same old stuff we always ask. If you’re a MP gamer, where are your friends playing? If there are exclusives you’re interested in, which platform has them. Stuff like that.

Me, I’m getting an Xbox One X. I upgraded from PS4 or PS4 Pro (I have a 4K TV) with no regrets and ever since MS started talking about Scorpio I’ve stopped playing Xbox One games, so I’m going to finally be playing stuff like Forza Horizon 3 and Gears of War 4 in 4K. But then I consider myself a pretty dedicated console gamer who doesn’t have a current gaming PC and doesn’t want one.

I also think the Xbox One X is great for PS4 Pro owners. Having more console gamers who can take advantage of post-1080P resolutions means we should get better support from 3rd party developers on both platforms.

If after this huge wall of text you’re still undecided, I would suggest waiting. Let’s see what actually happens when Xbox One X hits the market. Let’s see how well 3rd partys support it. If it doesn’t sell strongly at launch, by spring Microsoft will be sweetening the deal by bundling games with the console (or by an early price cut), and by then the first way of 4K titles will be available at a discount. There’s no good reason to be an early adopter for console hardware unless you’re a big nerd like me who has to have the newest toys.