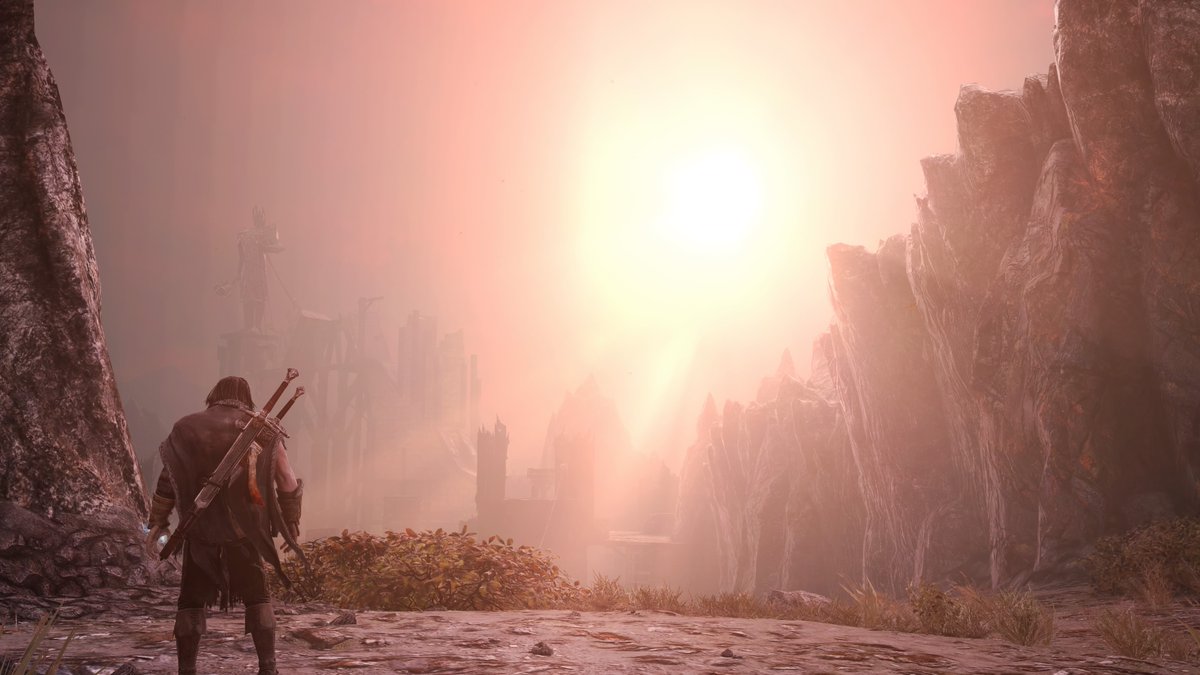 This past weekend I spent a lot more time in Middle Earth: Shadow of Mordor. The more I play this game, the more I like it. I want you to play it too, if you haven’t, so I’m not going to spoil anything major, but in general terms here’s what I learned this weekend.

The basic concept here is that you’re a ranger, Talion, who is guarding the Black Gate. This happens, best I can put together, between the events of The Hobbit and those of Lord of the Rings. Sauron has returned to Mordor but hasn’t really started his war on Middle Earth yet. Talion gets killed but rather than staying dead he merges with a wraith.

In gameplay terms, this gives him some magic-ish abilities and explains why he can respawn after he gets killed.

I thought I was going to spend the game in the map area that is revealed early in the game (which was fine…it’s a big area) and that it would basically be just me and my wraith pal (and this isn’t just a nameless wraith, you learn who he is as the game goes on, I just don’t want to spoil).

But no, there’s more. This weekend I moved on to a whole new area, probably the same size as the initial map. This is a big game! The new area is a little more green than the space you spend the first parts of the game in. I also have met some other characters who’re on the same side as Talion.

Again I’m deliberately being vague. But it’s a bigger game than I thought it was and the story is more interesting too, at least for a Middle Earth nerd.

As Talion gets more upgrades and skills I feel like the game is getting easier. I remember when facing a single warchief was really dicey, but yesterday I took on three at once and eventually won. My biggest fear at this point are warchiefs that use ranged attacks since they can whittle down my health before I can clear out their minions to go at them.

I’m also spending a lot more time mounted, which is fun too. That’s gotten a lot easier too.

But easy doesn’t mean boring. It’s the kind of game that makes you feel powerful and skilled. But in order to keep you modest, the story missions spike the difficulty a bit so you’ll need to earn those. I’m finding the difficulty level to be about perfect.

Just a great game so far. A big game though. I think I’m something like 35% done with the story after all this time.

When does Shadow of Mordor 2 come out? I’m excited to play it, if it exists!

And of course as usual, I took no screenshots 🙁