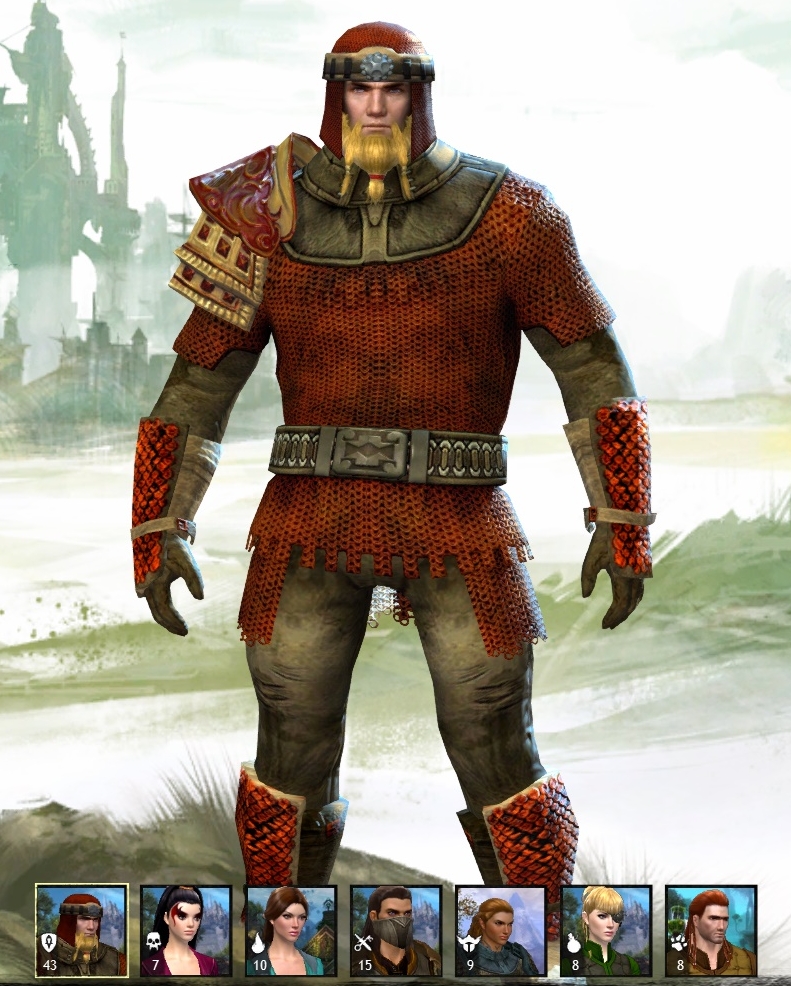 Last week I mentioned how Divinity: Original Sin’s miserly dolling out of levels had me itching to jump into an MMO to level up! After flopping around a bit I’ve settled on Guild Wars 2 as my ‘dabble in’ MMO (for now).

I left Guild Wars 2 mostly because of their event system. For holiday events as well as their Living World stuff, I felt like the developers expected me to schedule my life around playing a game since the opportunities were of such a short duration and (for the Living World stuff) once you missed it, it was gone for good. That’s kinda my “I don’t believe in the game’s principles” reason why I left.

The other reason I left was a self-inflicted wound. (This wasn’t really obvious to me until this weekend when I went back.) I was trying to do crafting and my crafting alt needed these rare low-level drops. In order to maximize my chance for getting those, I was doing nothing but the low-level zones, trying to get 100% completion in each one before moving on to the other. So I was in my 30’s but doing level 1-15 zones (downscaled) and ignoring the “My Story” narrative stuff. I remember being adamant that I wouldn’t buy the materials I needed from the Auction House because that was ‘cheating.’ What evs, me-from-the-past!

Anyway back to the present. With Living World Season 2 the Guild Wars team is doing things differently. While it’s still probably most rewarding to do the season 2 content as it arrives, you will be able to replay it after the fact. That was enough to snag my interest. If I fault a game developer for doing things one way, and then they change things, I feel like it’s only fair that you give them another chance.

The first thing I did was log into my Guardian, who was sitting at level 40. Holy smokes, lots of things have changed (and/or been forgotten by me) since I last played. Currencies are all now account-wide (I think that’s new?) as are dye unlocks. There’s a new wardrobe system and transmute ‘charges’ are also account-wide, and there’s a magic find stat that, again, is now account wide. I had a bunch of inventory stuff that had been converted and in general my bags, both character and bank, were STUFFED full of stuff I didn’t know what to do with.

So I logged right back out and created a new character, a Necromancer. LOL With empty bags and a light heart, I started to play as a noob and immediately started having fun. Rather than chase map completion I was leveling just enough to take on the next chapter of my story at an even level. When I had questions I turned to twitter and got a ton of good advice from friends.

After 7 or 8 levels I was ready to face the Guardian again. I spent a good chunk of time over the weekend clearing out inventory, salvaging a ton of stuff, crafting up extra bags for my alts (I have, um, 7 characters, only 1 above level 15) and even deleting stuff (I had character-bound stuff for characters I’d deleted clogging up my bank.)

Finally I had things under control and headed out to see the world. And my goodness how things have changed! Lion’s Arch has been destroyed. Divinity’s Reach is in good shape with some beautiful new buildings. What caused all this? I had no idea, I wasn’t paying attention while all this was going on and now I regret it. Happily for me, a friend wrote up a recap. Unhappily for you, it’s not in a public post so I can’t share it. 🙁 But you can read the Wiki for a less entertaining version of the story.

I looked up my guardian’s “My Story” and read through the recap to remind myself what was going on, then set about moving it forward. I’m doing level 30 “My Story” content on my level 40 character; that’s how long things have been neglected. Over the course of the weekend I leveled from 40 to 43. I unlocked (just by logging in) the first part of Season 2 but I need to get to 80 before I can take part, but at least I’ll be able to play through a ‘recap’ when I get there.

The only fly in the ointment is my class. Compared to playing the Necromancer, the Guardian feels a little dull. He has high survivability (for now at least) and he’s probably a lot of fun in groups since so many of his skills benefit group members. But playing solo he feels kind of routine and scaled down like he is I can win most 1-on-1 battles by putting his first skill on auto-attack. I’m hoping he’ll get more interesting as I get close to content that is of my true level, and maybe start encountering other players.

He IS fun to play when trying to solo events and other situations were many enemies are incoming at once. I’m guessing I’ll see more such situations as I advance.

I feel like I’m over that “oh crap, how does this all work” hump that you so often encounter when going back to a game after a long time away. I’m having fun, at least for now. We’ll see how long it lasts this time, but hey it’s not costing me anything to play. In fact I kind of feel like I should buy some gems just to support the game since the last time I spent a dime on it was at launch. Opening another bank bag slot wouldn’t be a terrible idea…