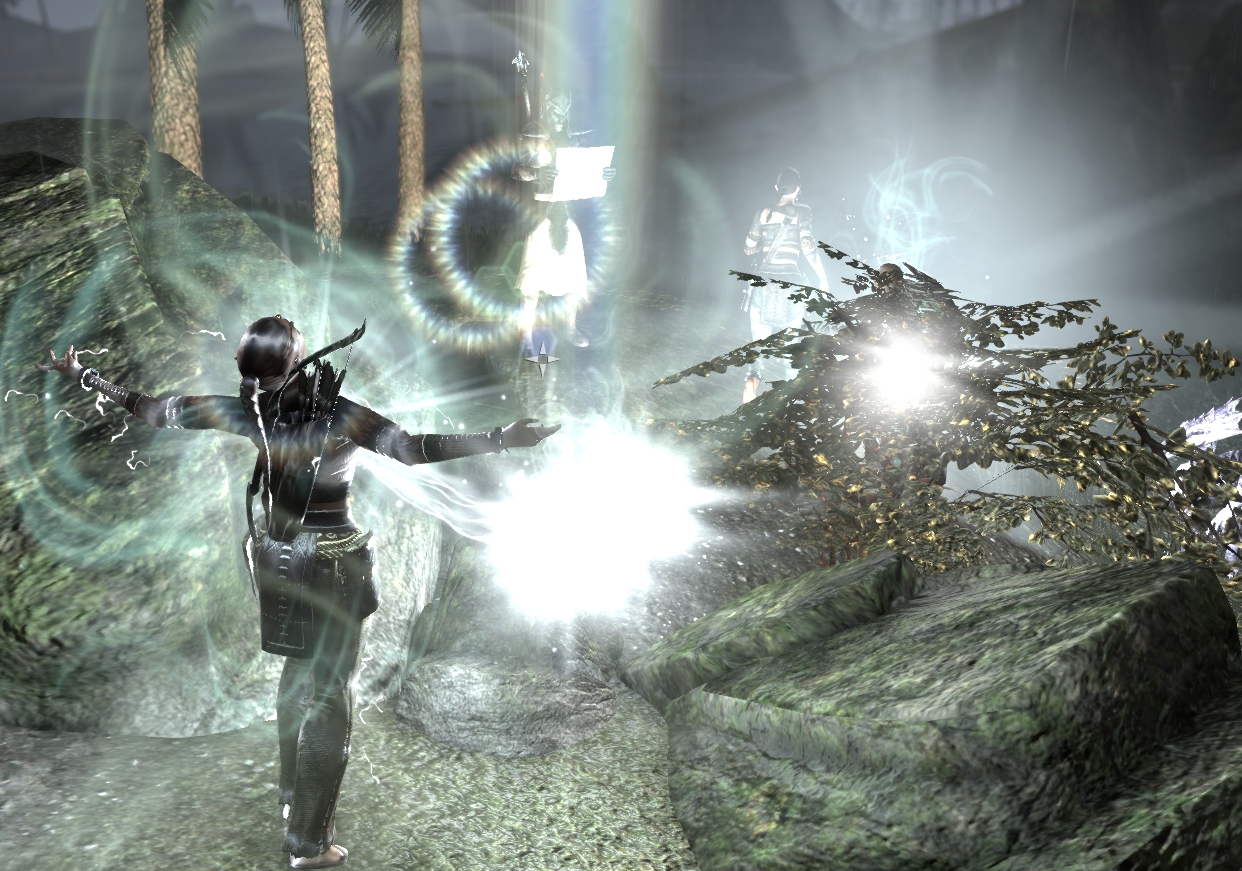 My first beta experience with The Elder Scrolls Online happened in July 2013. At least, that’s when my account was created. I can’t honestly recall my reaction to the game at the time because subsequently I was invited to many “weekend beta” events and there was a character wipe between each one. So over and over I rolled a level 1 character and headed out to help Captain Rana (that was the only faction offered back then). I came to really dislike the game (doing the same content over and over is deal-breaker for me) but I knew I’d passed a point where I was giving it a fair shake. I stopped accepting beta invites other than to log a character in to help stress the servers.

I told myself I was going to skip TESO when it came out. Whether I would have or not…who knows? I’m really susceptible to peer pressure when everyone is enjoying a game. But when Green Man Gaming sent me a 25% off coupon code for the game I figured what the hell. I’d get it, play it for a few weeks and move on.

In the run-up to launch Scarybooster and I started talking about approaching TESO in a vacuum, so to speak. Rather than read a bunch of blogs and fansite posts about what is right and wrong with TESO we’d just experience it ‘pure’ on our own terms. We came to call this #DARKOUT…or at least I did. I’m trying my best to hold to this policy but it isn’t always easy. In particular it means not joining a guild, at least not yet.

For me Early Access started on Sunday. From the moment I entered the game with my first character, it was different from beta. Knowing all your work isn’t going to get deleted at the end of a weekend changes everything. TESO starts you off in a prison, as per Elder Scrolls tradition. Generally in beta I ran through there as fast as I could, but now we were in launch and I spent nearly an hour in there opening every container I could find. I wound up leaving the prison with some decent armor, a huge pile of lockpicks and lots of (mostly provision-related) crafting materials.

Zenimax now offers you a choice of going to the “Starter Islands” or skipping them. During beta there were lots of complaints about the starter islands being too linear. With my launch character I choose to do them anyway, since I was in a new faction (DaggerFall). I’m STILL on the starter island and have been enjoying every moment. I’m not saying people who complained about them were wrong… maybe if your focus is on leveling as quickly as possible they’re awful. Or maybe like me, people in beta had played the islands too many times. But I’m enjoying my time on Stros M’kai.

I’ve been doing quests, but in no particular order. Mostly I wander about, harvesting materials and riffling through bookcases to find things to read (some of which are funny or interesting enough that I read them aloud to Angela). I talk to everyone and listen to what they have to say. I help other players. I learned that I can resurrect anyone if I have a full soul gem, and I carry a couple and keep them topped up so I can help folks. I’ve been crafting some: provisioning, blacksmithing and (leather and cloth) armor making. I can’t do all these seriously on one character but you can do low level stuff without spending any points so I’m just playing around to see what careers I enjoy.

My favorite/proudest moment was a particular quest that is a kind of treasure hunt. Y’know, “start at this landmark, head towards that one until you find the such and such, walk 10 paces south. gaze between the trees at something, etc etc”. Normally I would’ve got this quest, opened google and found out what to do. But keeping to #DARKOUT meant figuring it out myself. I cheated a tiny bit in that I looked up the text of the quest (in the form of a poem) so I could keep it onscreen on my 2nd monitor and refer to it easily, but beyond that I figured the quest out on my own. I mean it wasn’t THAT hard but I was just proud of myself for not giving in to the temptation of cheating by looking it up.

I am LOVING combat in the game. My character is no doubt completely useless for group content. I didn’t read any guides or consider what role of the Trinity he could perform. But I simply ADORE the fact that I don’t have to be a Melee character or a Spellcasting character. My character does both. He mostly focuses on his weapon talents but I put a few points in some magic-y class skills and soul magic. His magic talents allow him to heal himself to some extent (and to heal random people around him, which is awesome). And for anyone there’s a great routine where you block a heavy attack from the bad guy, and it staggers him her, and then you can pound him so he drops like a sack of potatoes. It is EXTREMELY satisfying and combat has a bit of a feel of an action game at times.

That said… I die a lot. This is NOT a complaint. I’m so sick of MMOs where the low levels are such a complete Safety Zone that you can play while you simultaneously watch TV, eat dinner, get a massage and daydream about Tahiti being a magical place and still never die. My combat experience in TESO is that things can go south really quickly, mostly when you get adds. And dying can hurt. Death means your gear can get damaged and instead of working at 100% until it breaks, damaged gear gets less efficient. So (making up an example) if you have a shield with an armor rating of 10 and a durability rating of 20, and you die a bunch of times so that durability goes down to 10, the shield’s armor rating will be 5 until you get it repaired.

Anyway this is getting way long…

TL,DR version: I’m really enjoying wandering my way through the world of TESO. I WILL have to join a guild in order to enjoy higher level content but I still am going to make a point of leaving myself plenty of alone-time to just explore and drink in everything the world has to offer.

2 thoughts on “Thoughts on The Elder Scrolls Online”