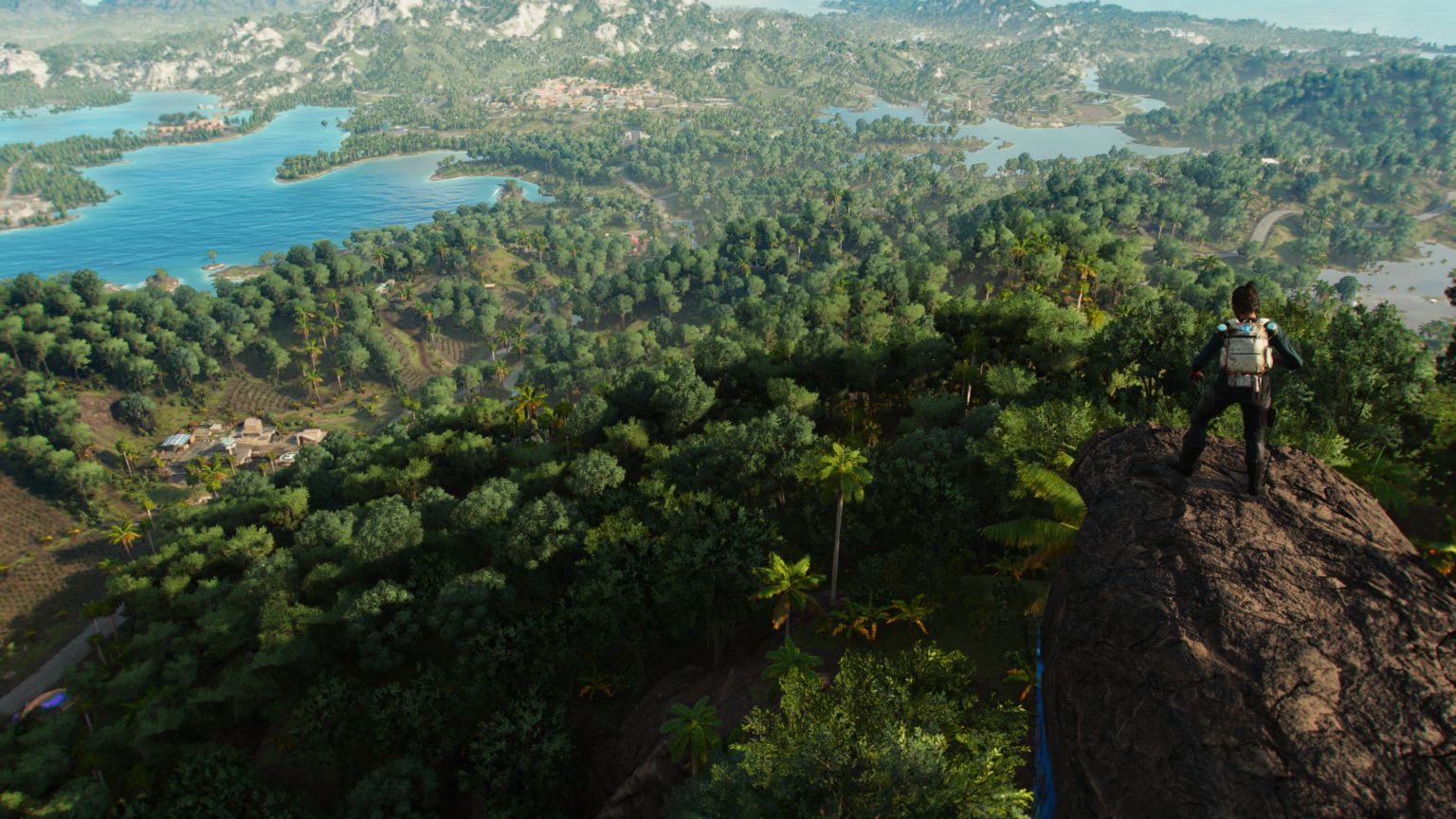 Far Cry 6 was taking up a big chunk of my PS5’s hard drive space so I decided I’d better play it or uninstall it. I’d purchased it back at launch but for reasons I could not remember, drifted away from it pretty quickly. Time to refresh my memory.

I booted it up, felt really lost and came very close to uninstalling, but then I decided to start a new game so I could re-engage with the story and the game’s systems and that was enough to get me interested, at least for a little while. I’m now further than I got when I first played it back at launch.

One of the challenges for me was getting used to playing a Far Cry where you use some restraint. There is no real reason to fight the random enemies you see wandering around the world and if you do, you’ll find they respawn like crazy. When defeated all they drop is ammo and often you use more killing them than you get back. There is no “xp” from killing random enemies and they don’t drop weapons or anything. This nudges you toward behaving like a real guerilla. If you holster your weapon you can pass these random soldiers without any issue and generally you should. Just blend in with the local populace until you get to your target.

In this video clip my goal was to take over a checkpoint. I’ve included a chunk of my trip to the destination, and if you watch the mini-map anything red indicates an enemy. You see I drive past a lot of them since they weren’t relevant to the task at hand. Heck I almost crash into a truck full of enemies! In other Far Cry games I probably would’ve shot up everything I saw. Doing that in Far Cry 6 means that you’ll probably wind up getting to your destination out of ammo and you won’t really have gained anything from all that combat.

Once my brain accepted this playstyle, I started having a lot more fun with the gameplay itself. In terms of the story though, so far not a fan and I detest like 90% of the characters I’ve met, including the character you play as. I get that they’re going for that edgy & maybe rural vibe, but it just isn’t resonating well with me. I have known people (some of my redneck cousins) who use “shit” as a generic noun, but I don’t need it in my games. Example: An NPC tells you “I need you to go to this crash site and get some shit that was in the chopper. Bring it back and I’ll use it to make some shit to help you blow up shit.” Your character responds: “Oh shit yeah, I’ll do that shit.” [I am exaggerating a TINY bit here.]

Then there’s that thing that happens in so many games where you are playing this super-powerful character who leaves a huge body count in their wake, then they encounter an NPC who starts manipulating and bossing them around as if they have no power. Instead of just killing this (generally evil) NPC, the protagonist becomes their errand person and travels all over the place doing vile tasks for them while the NPC cackles and twirls their mustache. I actually tried to kill the NPC who did this to me in Far Cry 6 but sadly, they wouldn’t die.

I’m getting myself all worked up into a hate-post on Far Cry 6 so I’ll stop. For now. I enjoy the game a lot more when I’m in a mission then when experiencing the story. Let’s just leave it at that.

One pro-tip if you play. Once you get to where you can start building things at camps, build the Hideout Network and upgrade it as much as possible, then buy all the locations from it. This will unlock a bunch of Fast Travel points. Traveling back and forth across the map can get pretty tedious and having a Fast Travel point to get you in the general area of your goal is SUPER helpful.

Writing this post has almost convinced me to stop playing, but there is SOMETHING there that is still calling to me. I should figure out what it is and write a post about that. Maybe it is the gorgeous land and seas-scapes.

One thought on “Revisiting Far Cry 6”