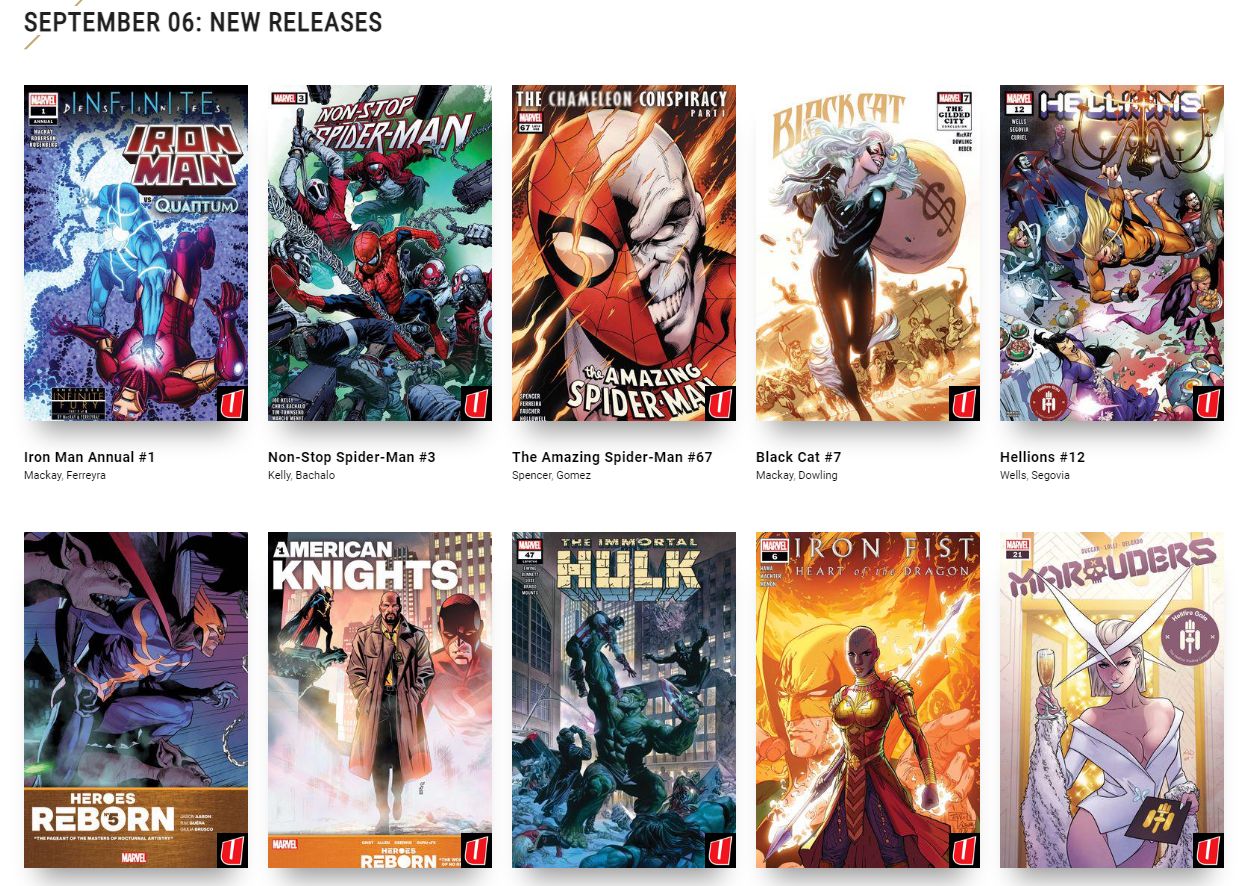 I’ve been on a big superhero kick lately. @partpurple and I recently re-watched all the MCU movies. We watched WandaVision (loved it), Falcon and Winter Soldier (liked it), Loki (meh) and currently What If…? (loving it). We watched all seasons of Agents of S.H.I.E.L.D. We watched and enjoyed all the Netflix Marvel shows.

And still I wanted more. But from where? Then it hit me. There’s a thing called a comic book. I should look into those!

Goofiness aside, I’ve never really been into comics. When I was a kid I’d read them now and then, but it was hard because 1) we didn’t have comic shops, we got our comics from the drugstore; 2) I was limited to visiting the drug store when my mom needed to go and she felt like dragging me along; 3) and I had no money so I had to beg her to buy me an issue or two.

End result was I’d read some narrow slice of a story, whatever was crammed into the pages of a single issue. What I remember most about comics from when I was a kid was Stan’s Soapbox (in Marvel titles, obviously). Stan Lee was the first adult I can remember who didn’t talk down to me. Of course today I realize he wasn’t writing Stan’s Soapbox for 8-year-old me but for a varied audience, most of whom were older. But I had no idea. To me Stan was writing directly to ME and he wasn’t patronizing me. Not that I knew what “patronizing” meant at the time. To this day I kind of think of Stan as a father-figure of sorts.

All of which leads me to the point. I subscribed to Marvel Unlimited [MU] to take another whack at getting into comics. And boy am I ever confused. (Full disclosure, title of the post should be Marvel Comics Are Confusing but I was going for the alliteration thing that Marvel seems so fond of.) I’m not complaining though, it’s really fun trying to sort this stuff out.

MU promises over 29,000 issues. So where to start? Well I like Spiderman, let’s look for Spiderman… I used to watch Spiderman cartoons when I was a kid, and I’ve seen the movies and played the games. Let’s just read Spiderman. OH MEM GEEE there are SO MANY Spiderman comics! Dozens. Maybe hundreds. Where do I start? It’s just overwhelming.

OK OK let’s back slowly away from Spiderman. MU offers a “Get started” section for folks like me who are new to comics. First on the list was The Eternals which is currently running, I think. I read like 5 issues before it stopped which is why I think it is still running. The Eternals was not for me. It was just too high concept. Earth is a machine and the comic is narrated by it, Eternals hangouts are, y’know, hidden between 3 molecules of a day old pastry or something. No offense to folks who love this shit but I want something closer to street level here.

Next was Wanda and Vision. Ok here’re a couple of characters I enjoy. These books are from the mid-1980s. I read issue 1, it’s OK. Read issue 2 and then I see in the footnotes that the story they’re telling concludes in something called West Coast Avengers, a different series. So I go looking for that, where I find Hawkeye (who I know from the movies) and Bobbie Hunter/Mockingbird (who I know from Agents of Shield) and they’re married. Whaaat? And of course the character designs are very different. But OK let’s roll with that. So now I’m sorta juggling two books.

And they’re enjoyable enough, but my vague feelings of OCD really wants to find a character, read their original origin story and follow them through the decades to the here and now. I feel like there is this incredibly complex web of character storylines and I’m just skimming the surface. So far everything I’ve sampled (more than I’ve listed) leaves me feeling like I need to back up a little and figure out what came before to set up what I’m reading.

I’ll figure it out, eventually. I mean I’m digging it. Digging it enough that I went ahead and signed up for an annual subscription. But I’m not a very patient person and when I get into a new interest I want to be an expert as soon as possible. And as nutty as it sounds I kind of wish I could sort the books by publish date and start back in 1963 or whenever the earliest books on the service are.

In terms of the mechanics of reading, I’ve mostly been doing it on my iPad using the ‘smart panel’ system that zooms in on each panel/section of a page as you read. It works pretty well though at times I need to toggle it off and on. I have it set to show the whole page, then as I tap it advances panel by panel, then shows the whole page again to reinforce context, then on to the next page.

I have the app on my phone too (shown above, right side of the page) which is OK but it’s a little small for my tired eyes (that image is larger that actual size on my Pixel 3). Smart Panel works there too but not quite as well since panels vary in size and shape. Some fit fine with the phone held in portrait mode, others work better with the phone in landscape mode. I keep turning the phone back and forth. It works in a pinch but for me the tablet version is far superior. Progress does sync between the two, which is nice.

Anyway, if anyone wants to suggest a specific series title that they enjoy, please do so! I need help!

8 thoughts on “Comics are Confusing”